In the new research the US also scored badly in terms of the country with the highest cost of living.

This Week’s Tutorial on Number System

Ranked 34 out of 35, the US scored three ‘F’ grades for safety, cost of living and work-life balance, a ‘D minus’ for health, and a ‘C+’ for happiness and education.

Overall, it was given an ‘F’ grade for raising a family, with it’s neigbor, Mexico coming out worse.

The ‘Raising a Family Index’ was compiled from 30 studies of countries in the Organisation for Economic Co-Operation and Development (OECD) which are advanced democracies with wealthy economies.

The UK was given a ‘B minus’ rating, ranking it 23rd, with scores including a ‘D minus’ for work-life balance, an average for health (C) and education (C+) but better for happiness (A) and safety (B).

Mexico finished bottom getting ‘F’ in every category, while Chile, Turkey and Bulgaria were the other countries in the bottom five.

‘Asher and Lyric’ speaking on America’s bottom position for the cost of bringing up a family, said: ‘Parents with average household income have to spend 31.79% of their income on childcare costs alone.

‘Compare that to Scandanavian countries where households only have to spend 4% to 10% of income to raise a well rounded child.

‘The top countries on this list spend over 3% of GDP on family benefits such as affordable childcare, while the US spends a meagre 0.64%.’

‘A typical full-time employee in the US will receive 10 days paid vacation a year, while most other countries get approximately 30 days a year’.

Mexico came out as the worst for safety, education and happiness in a country where the top 20% of the country earns ten times as much as the bottom 20%.

Asher and Lyric talking about Mexico’s position said: ‘Although many parts of Mexico are relatively safe, especially tourist destinations, there is also widespread violence and corruption that affects many of its citizens.

‘Mexico’s homicide rate has increased every year since 2014 and recent statistics show there are 34.1 homicides per 100,000 people, by far the most on the list.’

In comparison Iceland has only had 37 murders in the past 20 years and one school shooting in the past ten. 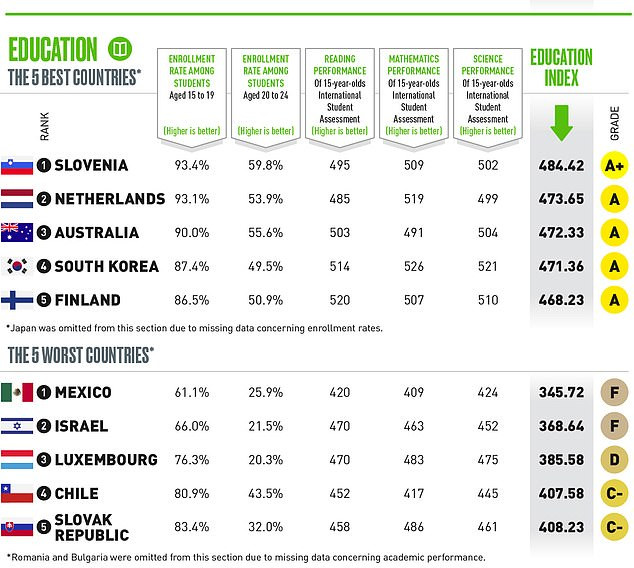 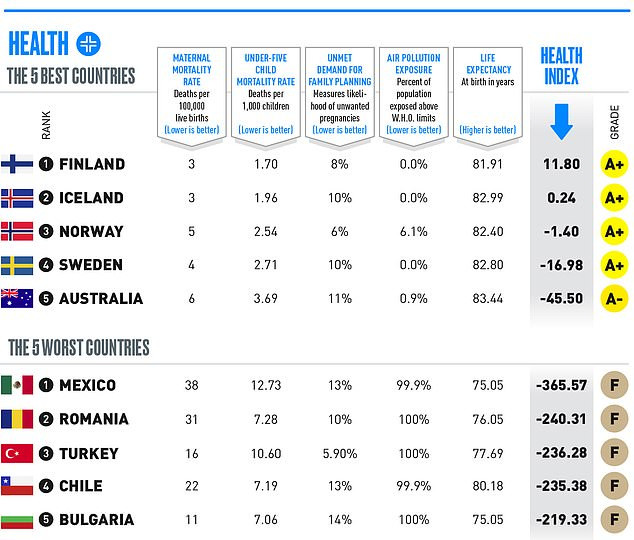 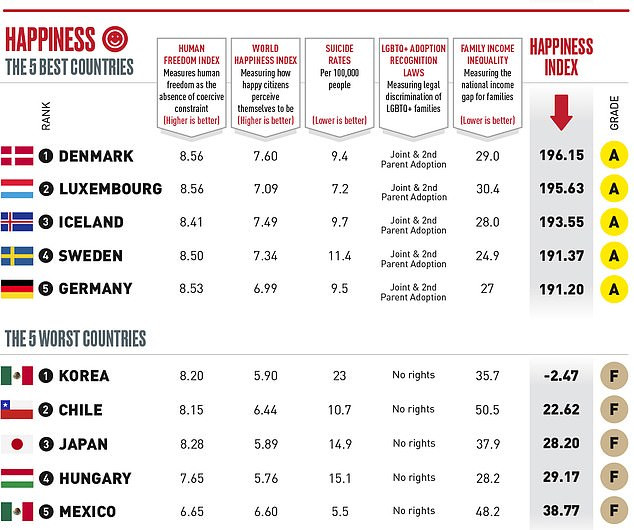 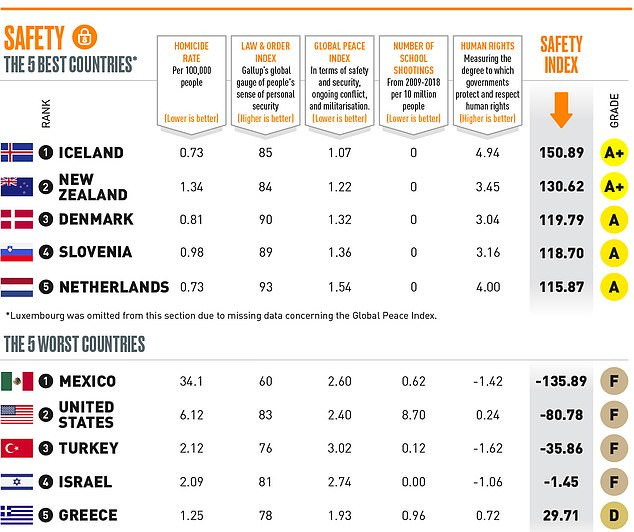