By Henry Iheanacho
Chioma Avril Rowland, the baby mama of Nigerian singer, Davido, has broken silence following rumours that she has broken up with the DMW boss.

Reports circulated less than 24 hours ago, alleging that the chef has broken up with Davido, after she liked a controversial post which insinuated that Davido isn’t the right man.
The post she liked on IG read;
“If his name starts with J or D, he ain’t sh*t.”
The fact that David starts with D and she liked the post fueled speculations.

Vacancy for Authors and Aggregators on ginnyent.net
In reaction, Chioma has now given more flesh to the rumours by sharing another post, insinuating that she can no longer offer her friendship and loyalty where it is not returned.
She shared the tweet of a Twitter user, which stated; 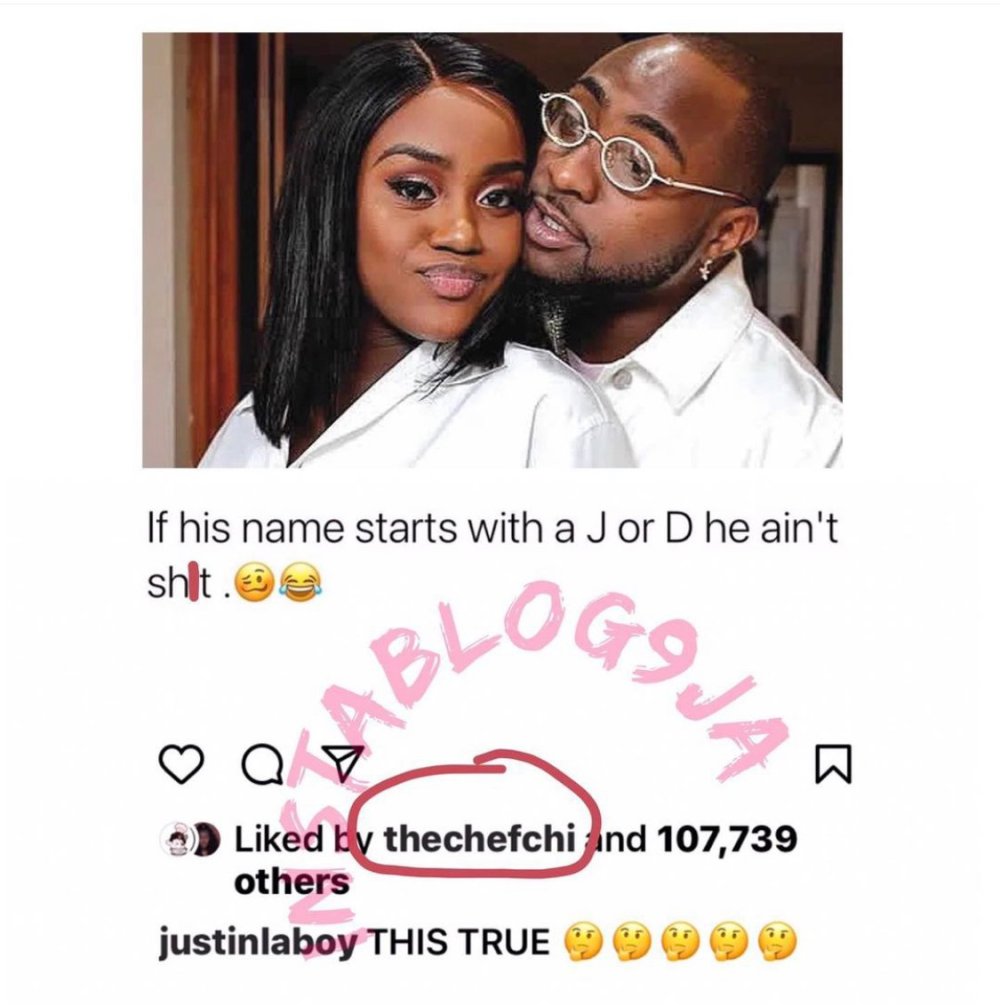 “I can no longer offer my support, friendship or loyalty where it is not returned”

A quick look at her page also shows that the mother of one has deleted all captions from photos which she appears with the singer.

Recall that months ago, she flaunted a photo of her engagement ring and professed her love for Davido.
She has now deleted the “I love you” caption from the post.