Osayimwen argues that the bottom line and result of the viral #SilhouetteChallenge is prostitution. 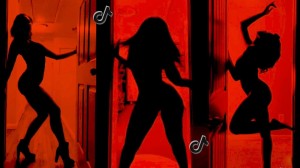 When I was growing up as a Christian, I was regularly told that my body is the temple of the Lord and it should be honoured.

“Flee from sexual immorality. Every other sin a man can commit is outside his body, but he who sins sexually sins against his own body. 19 Do you not know that your body is a temple of the Holy Spirit who is in you, whom you have received from God? You are not your own” 1 Corinthians 6:18-19.

This verse from the Holy Bible appears to have lost relevance in the minds of Nigerians youths who have sacrificed their dignity on the altar of ‘easy money’.

In the teenage ministry, the above saying resonated more about the girls who must have been virgins then. Flaunting of cleavage, tummy, bum and hips were alien to the accepted fashion trends then. The ladies easily appeared like the Deeper Life Church faithful, and the beautiful ones were still spotted and admired. This was before the advent of heavy make-ups that are as thick and compact as the foundation of a building. Those who flaunted their bodies were hastily regarded as prostitutes and people making those judgements were hardly wrong.

Today, it is hard to differentiate a normal woman from a prostitute who is out for business, and I say this with all sense of respect. These women don’t only expose sensitive parts of their bodies as they move about their daily activities, they also nurse the desire to give pleasure to willing men, in exchange for money or favour, in diverse means.

Social media pages are set up as marketing channels to reach prospective customers. These young women have become influencers with a huge following, by simply posting naked photos and videos on social media. They desperately want to prove to the outside world that they are doing well. Behind the scenes, in their DMs lie series of sexual transactions from big men, who are ready to offer them highly lucrative deals for the most despicable sexual experiences. But that is an issue for another day.

On Wednesday, the 27th of January, 2021, the mind-boggling SilhouetteChallenge caught fire in Nigeria, and it was raging on Twitter. It involved young ladies dancing naked under the cloak of silhouette visuals using Snapchat and TikTok’s latest filters. Their nakedness is covered by the veil of darkness and dim lights while their jiggling breasts, round hips and bouncing bums are viewed in the form of shadows.

The challenge comes with the use of American-Canadian singer Paul Anka’s hit single “Put Your Head on My Shoulder”, which is used as background music due to its slow chord progression. Nigerian ladies who were already in the business of desperately seeking attention and ‘marketing’ opportunities were handed a free hand to express their level of moral decadence and crass display of indecency. In a viral video, a lady’s hand was almost cut off by a ceiling fan as she tried to join the silly challenge. Another was beating blue-black by her father, who caught her recording herself without clothes. The funny backstories have been endless.

Most of the ladies that shamelessly participated were already familiar faces, with a long history of posting obscene contents on Instagram over the years. They have become brand ambassadors of phoney sex enhancement drugs which have been over-advertized on Instagram. They also appear in highly sexual comedy skits. They twerk, appear publicly in scandalous outfits and share ridiculous sex tips for social media visibility.

The unholy and ungodly trend afforded them the blatant opportunity to reach out to a bigger audience and expand their client base. It was done under the guise of youthful exuberance, harmless fun and social media trend, but there was more to it. A randy man with a few coins in his pockets will be interested in surveying the ‘products’. Social media is like a showroom. He understands the deep intentions of the ladies and he makes different enquiries that could be tantamount to a ‘market survey.

Four Ways to Improve your Finances

The bottom line and result of the #SilhouetteChallenge is prostitution. We know this but we tend to shy away from the truth as long as our relatives are not involved. There is a saying that it is easy to watch a mentally-challenged person dance but it is harder to have one as a child.

Pastor E. A Adeboye, the general overseer of the Redeemed Christian Church of God must have been let down by the trend that he was forced to condemn it vehemently. As a cleric, he must think for once that the church might not be doing enough, despite dominating every nook and cranny of Nigeria. Nigerians are not holy, they are only very religious. There is a clear difference!

7 Foods To Include In Your Diet To Treat Knee Pain

The good thing is that the #SilhouetteChallenge has been replaced by the #ScriptureChallenge, and the bad girls have been forced out with their disgraceful contents and antics.

The #SilhouetteChallenge days will be fondly remembered for the golden opportunity it gave the women of easy virtue to brazenly showcase their wares to the outside world. They were suddenly in our faces, and those that couldn’t stand the heat of the kitchen were forced to leave.