The music producer revealed that he grew up in Ajegunle where he helped his father do some farm work and also sold akara (bean cakes) for his mother.

Don Jazzy, the Mavin record label boss, has given a peek into his childhood days.

The music producer revealed that he grew up in Ajegunle where he helped his father do some farm work and also sold akara (bean cakes) for his mother.

CCTV Captures Quavo and Saweetie Fighting in an Elevator (Video)

The music producer spoke about his childhood days during a Black Box Interview with Ebuka Obi-Uchendu. The beatmaker further mentioned that at the age of 11, they moved to Egbeda.

He said, “My growing up was amazing, beautiful. I grew up in two places, Ajegunle and Egbeda. First, Ajegunle, I was born in Ajegunle. I moved to Egbeda when I was about 11 years old.

“My memories of Ajegunle includes four or five things. School, which was primary school; come back home, follow my dad to the farm, which was at the back of the house, then come back in the night, join my mum who sells akara in the front of the house. Then in the morning my brother and I will walk to go and carry agidi. 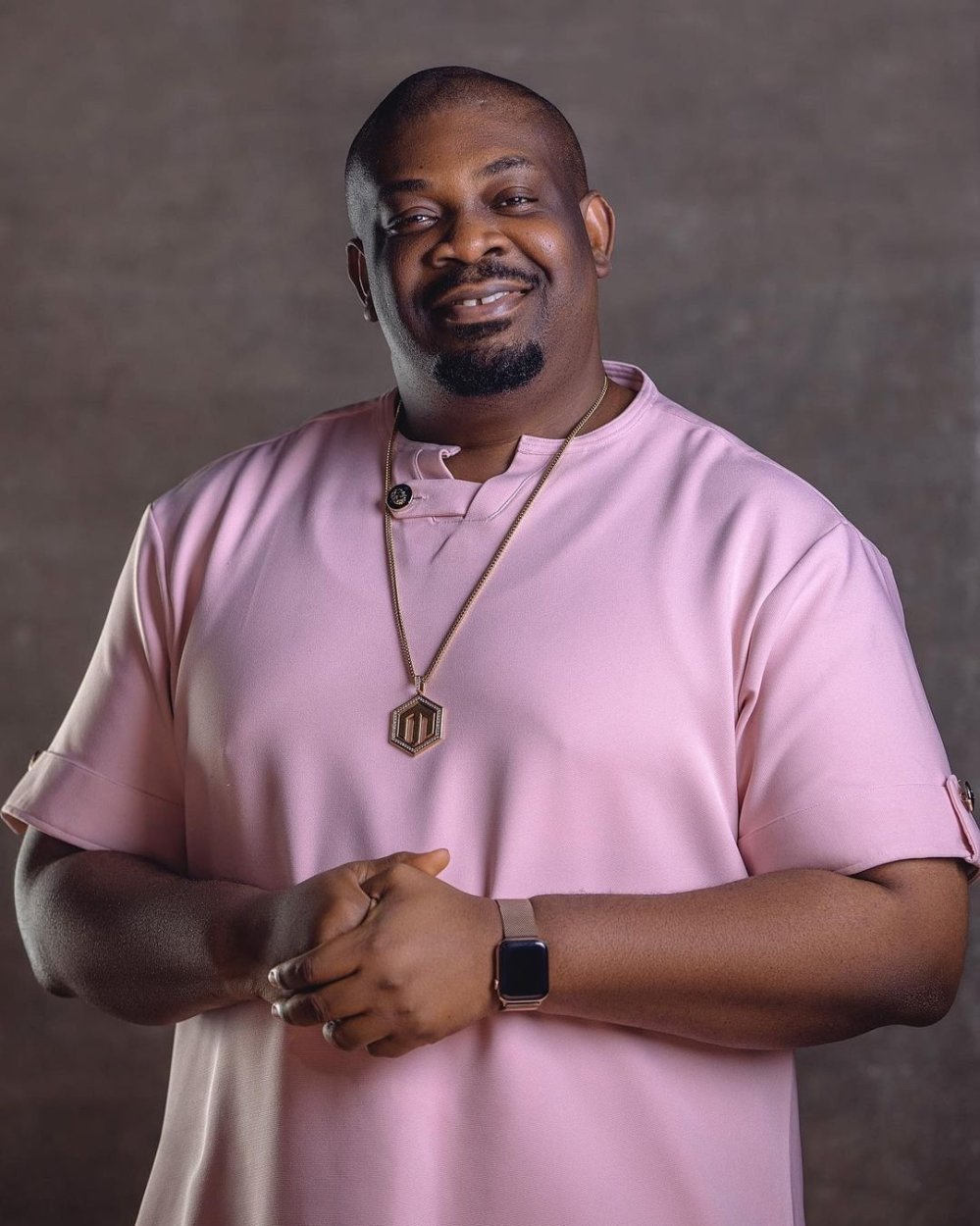 “We used to go and carry it from the woman that my mother ordered it from. They used to make it early in the morning; so, it is hot and still like pap. We will bring it back home before it turns to agidi (like eko) then we go to school.

DonJazzy noted that his love for music grew in the church where he always played. He also mentioned that his father left banking to become an artiste manager.

“I will call it church not music because I went to church and I loved playing music. My dad, once upon a time, was a banker. At a point, he decided he did not want to do banking anymore so he became an artiste manager.

“He had an artiste named Dirty Dusty. They used to go to studio and try out things. They did not really ‘blow blow’ like that, but my dad is someone that in any organization he is in, they make him the leader because he is very outspoken and intelligent. He reads a lot.

“So, from the bank, before the artiste manage thing bloomed a little bit, there was farming in between,” he said.