A self-acclaimed sex therapist has shocked Instagram users after she shared a video showing her tying male and female wooden dolls and burying them to bind lovers together forever.

The sex therapist advertised the procedure online and told prospective clients that it is a sure way to ensure their men who are straying are bound to them forever.

She told women that it’s a “spiritual serious bonding” that will ensure their men stick to them. 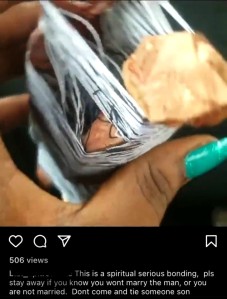 In one of the videos shared, the therapist is seen holding the dolls that had been tied together with a rope.

In another video, she’s seen putting the dolls in a hole filled with water and covering it with sand.

The videos quickly started going viral and people trooped to her page, asking for the price and indicating interest.

And the sex therapist responded: “Since men has decided to misbehave we too we are ready for them.”

The video made its way to Twitter and viewers were outraged as they asked when “juju” became a part of sex therapy. 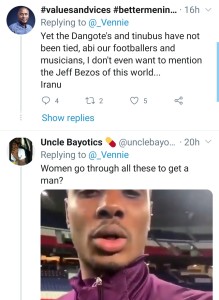