A young man, who stole a bag of maize, has voluntarily turned himself over to the police due to a strange occurrence.

According to Twitter user, @AgyaThanos, the incident happened in Binduri in the Upper East Region of Ghana.

”Rest a while…as God Intended, Turn off your Cell Phones ”- Pope Francis Tells Everyone in First Vatican Appearance Since Surgery

The thief was forced to solicit help in a Police station after the bag of maize he reportedly stole refused to leave his head.

The tweep shared photos of the thief and the bag glued to his head and tweeted; 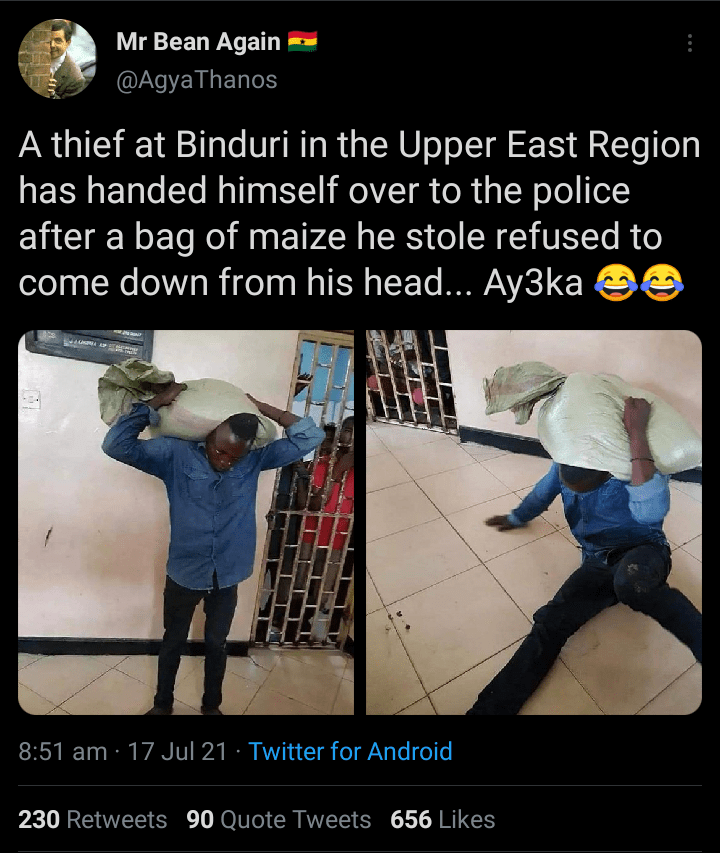