A tweet posted by actor Alec Baldwin has resurfaced online after he accidentally shot and killed a person and injured another on the set of his new film Rust.

In the wake of the distressing incident, an old tweet from 2017 has now been doing the rounds on the internet.

The message Alec wrote four years ago read: “I wonder how it must feel to wrongfully kill someone.” 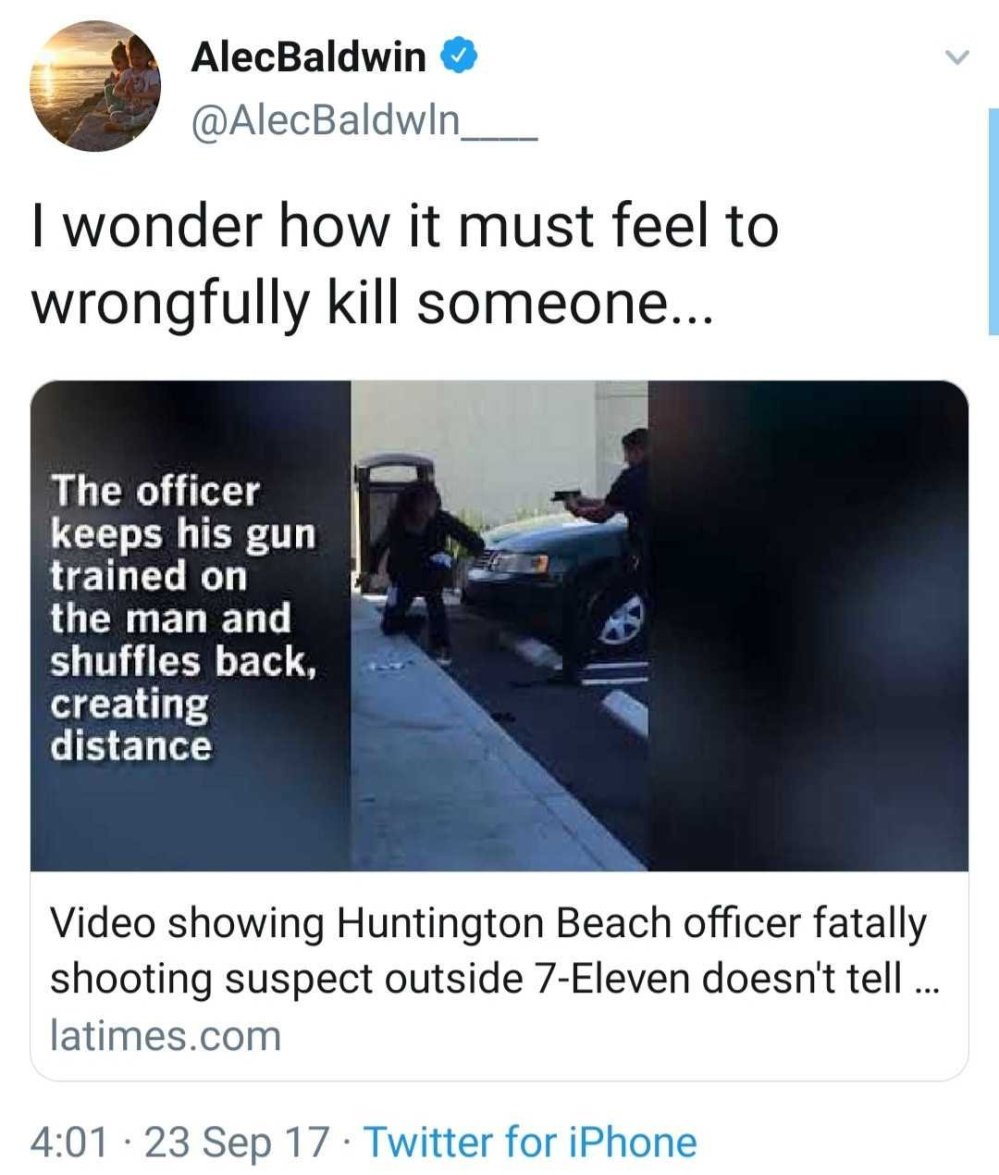 At the time the movie star had been addressing and criticising a police shooting in California.

The Police in Santa Fe, New Mexico, confirmed on Thursday, October 21, that Alec had been the person who fired the stunt firearm which killed Halyna Hutchins, 42.

According to the Santa Fe County sheriff, the director of the Rust movie Joel Souza, 48, had also been injured when the stunt gun was fired.

Mr Souza had been transported via ambulance to Christus St Vincent Regional Medical Center and was treated for his injuries, before being discharged. 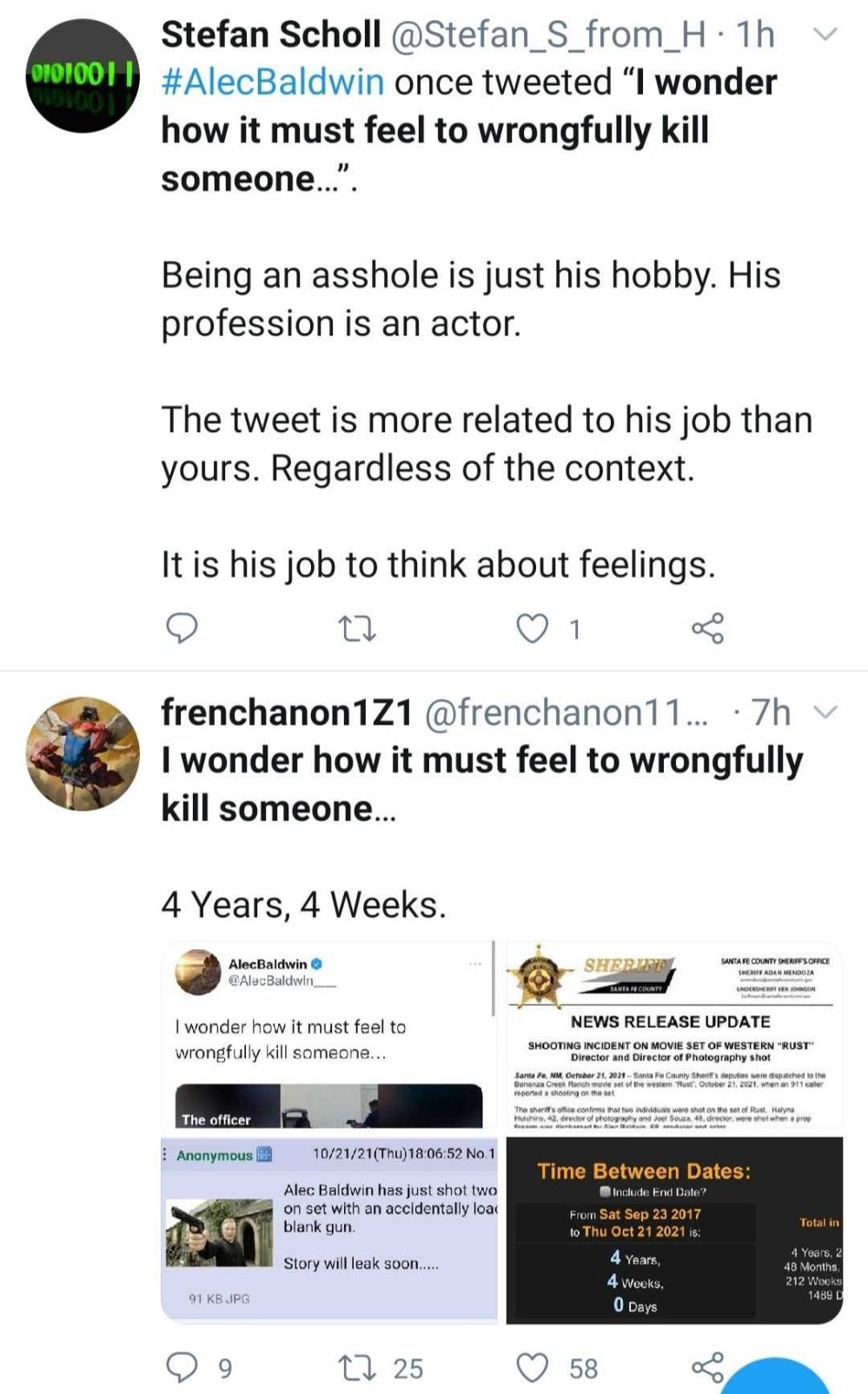