A Nigerian man is reportedly currently languishing in a jail in Dubai, the United Arab Emirates (UAE) after alleged unlawful arrest. 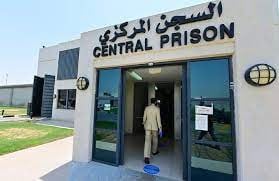 A Dubai based chef, who disclosed this via Twitter on Friday, December 16, 2022, said the man was initially reported missing.

“There’s a 23 year old Nigerian currently languishing in Dubai jail. He went missing for a while and then we found out he was arrested for no reason just after he finished buying groceries from the store downstairs. There’s so many of them in jail. No criminal cases nothing,” he tweeted. 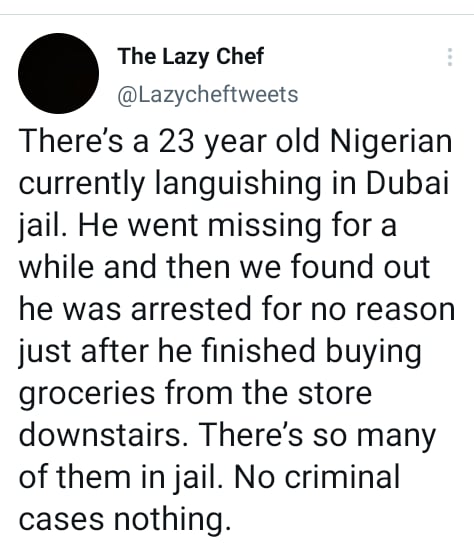