Since going viral, the OnlyFans model has defied trolls who have told her she should be removing it by styling it out in multiple ways – from straightening to plaiting.

A woman who is bearded has decided to embrace her facial hair after getting tired of shaving.

The woman embraced her facial hair by plaiting it for her adoring fans who can’t get enough of how confident she is.

The American social media star, who goes by the name PeekabooPumpkin, now has 51,000 TikTok followers – and her inspirational videos have acquired 474,000 likes on the viral video platform.

Since going viral, the OnlyFans model has defied trolls who have told her she should be removing it by styling it out in multiple ways – from straightening to plaiting.

In one of her videos, which has gained more than 2,200 likes, she was seen braiding the long dark hair on her chin at the request of one of her devoted followers.

She added in the caption: “You wanted it braided.”

The 36-year-old has a condition called Polycystic Ovary Syndrome, which is the leading cause of fertility in women as it affects around 1 in 10 women. 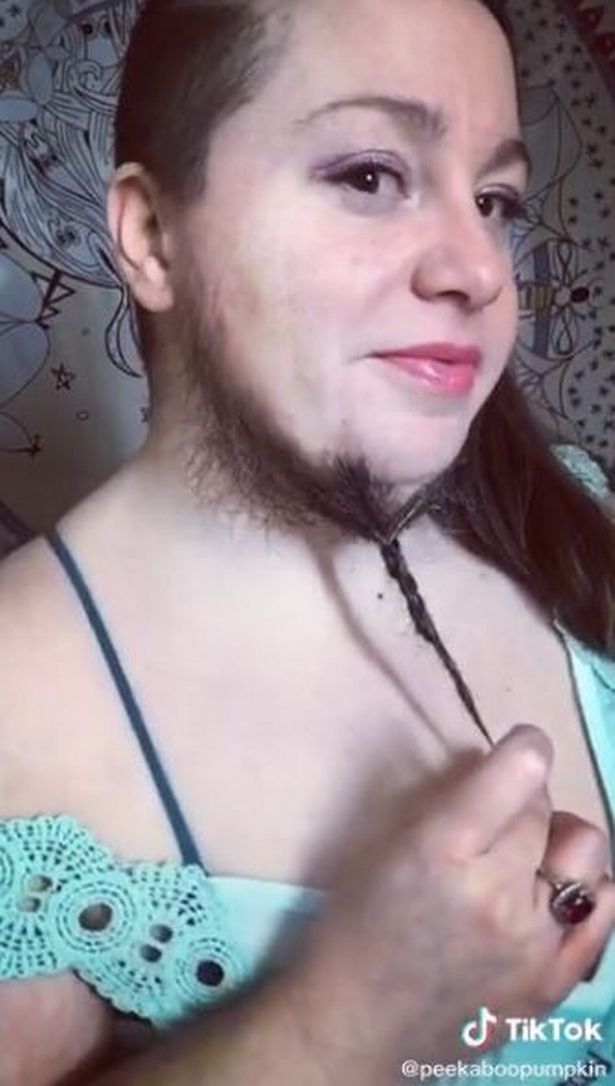 PCOS is caused by higher levels of testosterone in women and can cause weight gain, excessive hair growth and acne – among many other symptoms.

However, not all women will experience the same ones or to the same extent as others as the condition varies from person to person.

Other women with the condition have inundated her with comments, claiming they aspire to have the level of confidence in themselves as she does.

A user said: “Fair play to you girl, your confidence is amazing, I have PCOS and don’t have confidence like you, keep shining.”

“I wish more women were comfortable with their body hair you’re an inspiration,” another added.

A third commented: “Growing facial hair with PCOS is something you genuinely can’t control. You’re so confident and I’m proud that you are.”