Britain’s new king, King Charles III and his Queen Consort Camilla were greeted by thousands of well-wishers gathered outside Buckingham Palace today, September 9 as he met his subjects for the first time as monarch.

Huge crowds cheered the couple as they arrived at the palace before the King left his Bentley and began shaking hands with countless members of the public amid shouts of ‘God Save the King’. 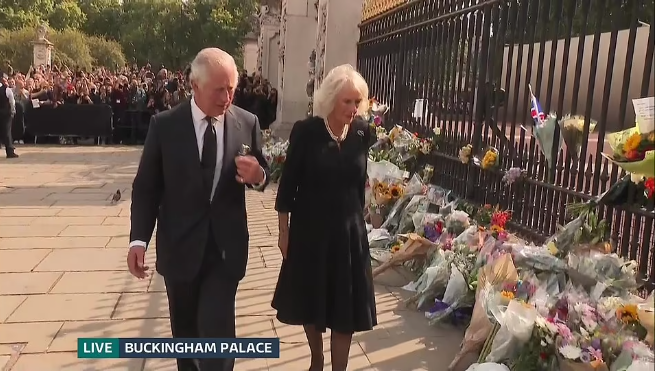 In emotional scenes, an impromptu rendition of the National Anthem was played while the Royal Standard was raised above Buckingham Palace for the first time of King Charles’ reign.

The King and Queen consort, both dressed in black – walked side by side through the main entrance of Buckingham Palace. 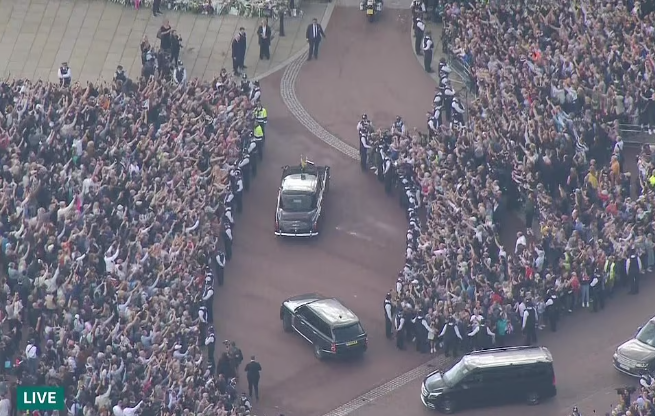 King Charles III emerges from his car at Buckingham Palace and makes a beeline to greet the public and thank them for their support following the passing of Queen Elizabeth II.

Plenty of people of all ages, many emotional, and shouting out, "God Save the King." pic.twitter.com/nn0K2G7Lc5