A US-based astrologist, Claire Foster, has stated that it should be considered illegal to name a child until the child decides which gender pronounce they want to adopt.

”It should be illegal to name children until they’ve decided on their gender pronouns. All babies should just be given numbers. she wrote 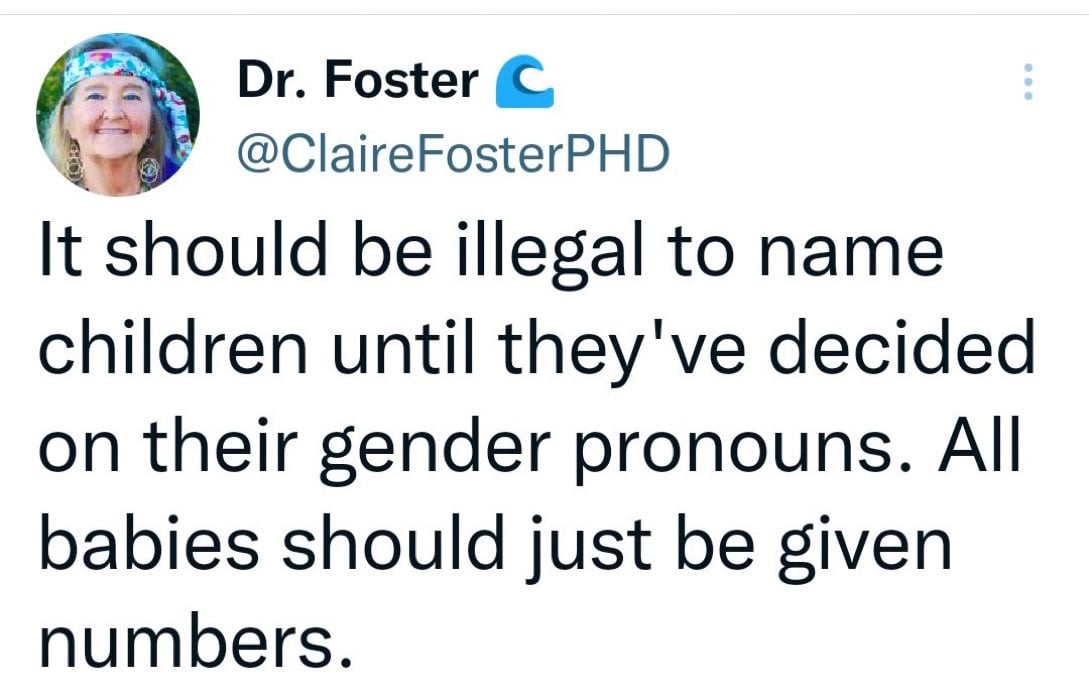