An African mum has been seen in a video dragging her daughter home from a party she attended at night.

Apparently she had gotten information that her child snuck out to attend the party, so she stormed the venue to forcefully take her daughter back to their house. 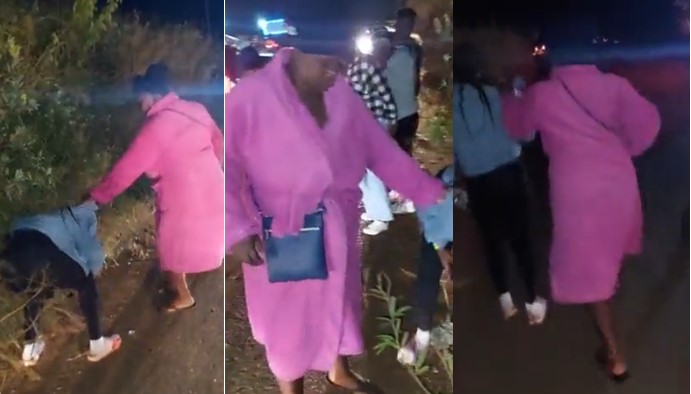 It seems the mother stepped out in a hurry as she could be seen wearing only a bathrobe, with her scarf and swung a bag over her shoulder.

It was gathered that the embarrassing incident took place in Grove, South Africa.

In a video which surfaced online, she could be seen pulling her daughter by the ear as her peers at the party followed them outside and started teasing.

She went to fetch her daughter at a grove 😭😭😱 pic.twitter.com/Yd36beH7k4