An Indian Twitter user has narrated how his aunty died after her phone exploded while she was sleeping.

Several People Arrested In The UK For Protesting Against The Monarchy

@Mdtalk16 said his Aunty kept her phone near her face before sleeping and it killed her after it exploded.

Yesterday in Night my Aunty found dead , she was using Redmi 6A, she was sleeping & she kept the phone near her face on pillow side & after sometime her phone blast. It’s a bad time for us. It’s a responsibility of a brand to support. 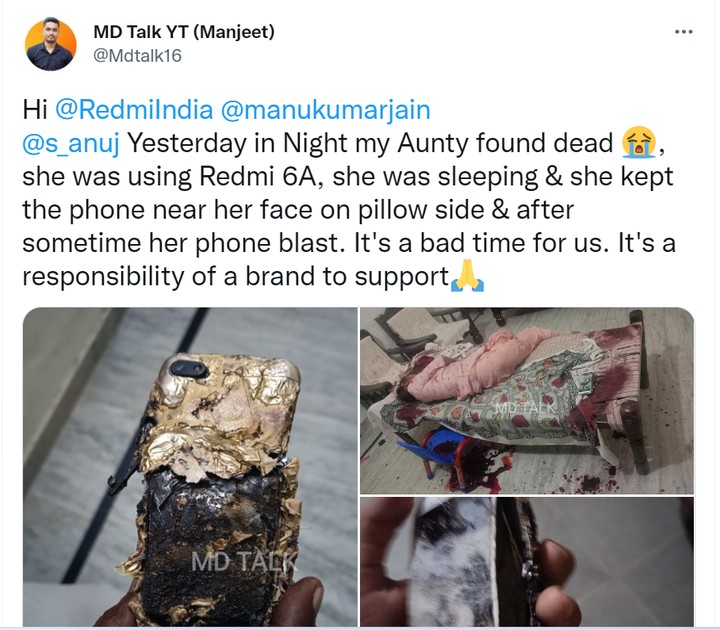