Nigerian comedian and skitmaker, Chukwuemeka Emmanuel Ejekiru, popularly known as Oga Sabinus, has engaged his girlfriend in a lowkey ceremony.

The content creator paid a visit to his babe’s family home in Lagos to propose and seek his parents blessings to marry their daughter.

An eyewitness made this known to Instablog9ja and shared a video which was secretly recorded during the engagement which took place in Era, Ojo area of the state. 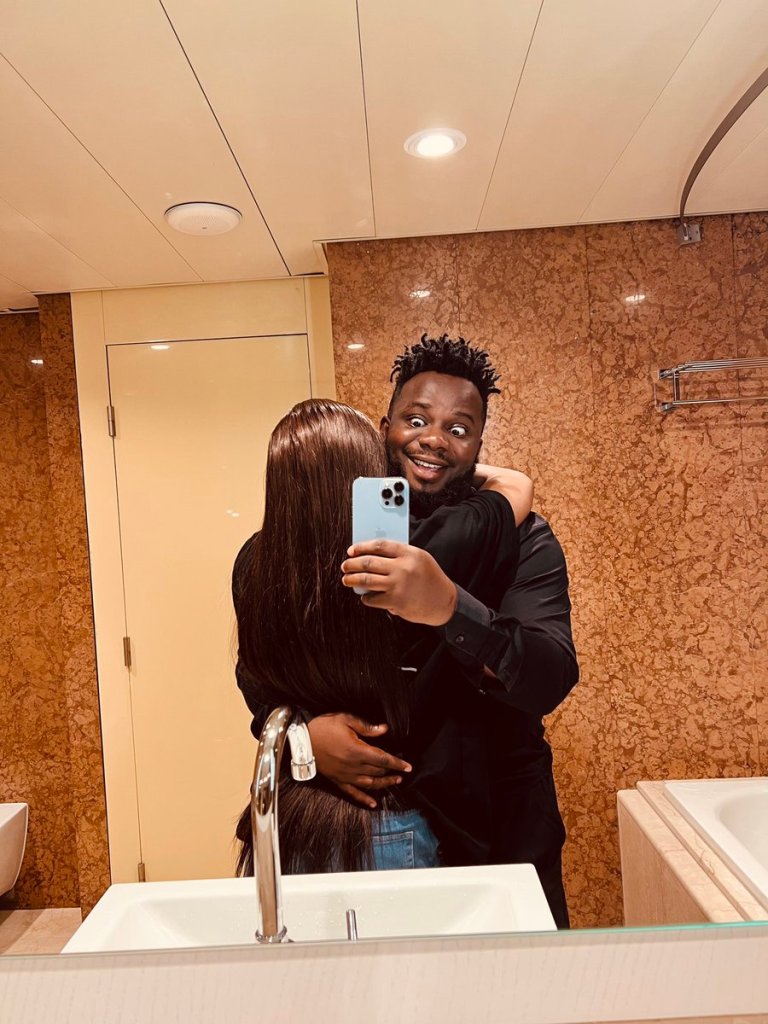 He drove his Mercedes Benz to the location for the lowkey occasion but a neighbour spotted the whip parked outside.

Breaking: Sabinus the Popular Skit Maker Escapes Death after Being Involved in a road Accident with His Newly Acquired Benz

The comic act had earlier showed off the backside of his lover in a post on his social media page and fans wondered why he was keeping her identity a secret.

In a video which has gone viral, Sabinus could be seen arriving at his future in-laws house in the company of a friend.

Another part showed him on his knees while being addressed by his fiancee’s parents. Some drama occurred in that moment as Sabinus turned back and saw the man recording him, but just as he was about to speak, the guy withdrew and ran away.