At least one person has been confirmed dead after police clashed with football fans trying to push into an Argentine league match on Thursday night, October 6.

According to authorities, fans of the home team, Gimnasia y Esgrima, struggled to enter the already full stadium, and police resorted to firing rubber bullets and tear gas to try to get the crowd to retreat.

The incident came less than a week after the use of tear gas outside a football match in Indonesia set off a crush that left 131 people dead. 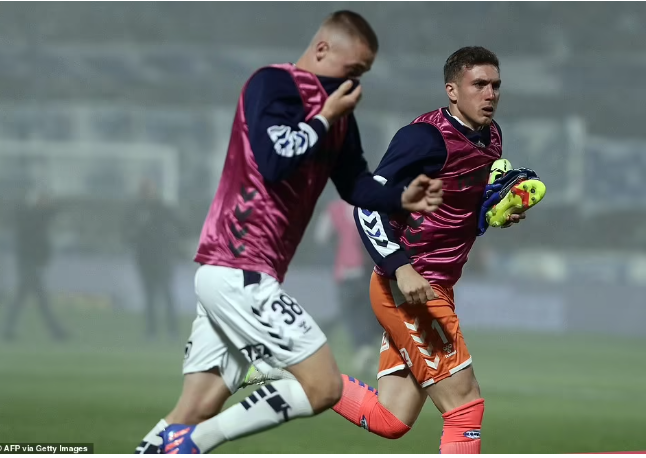 The league said on Twitter that the match referee reacted because of the lack of security.

Players retreated to their changing rooms, and many spectators flooded onto the field trying to escape the tear gas. Chaos continued outside the stadium as fans choked on the police’s tear gas. 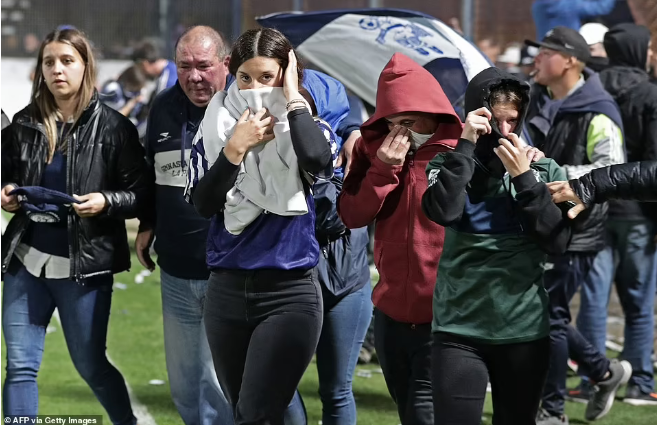 Parents were pictured holding their children and pulling jumpers over their mouths. Other children were separated from their parents during the incident on Thursday evening.

‘Unfortunately, there is one person dead. He died of a heart problem,’ Sergio Berni, the province’s security minister, told broadcaster Todo Noticias. 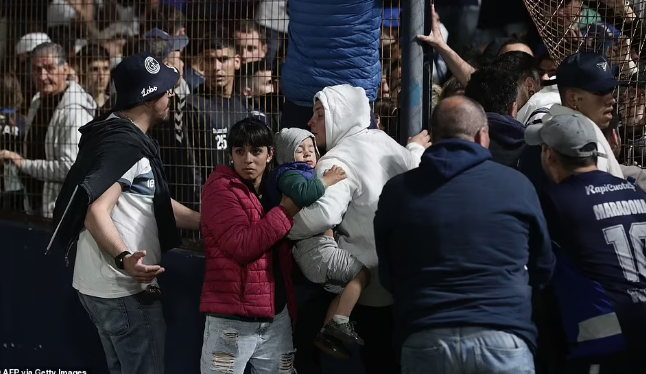 Mr. Berni gave no further details about the circumstances in which that person died.