The American music star brought the Nigerian on stage to perform during the Global Citizen Festival which held on Saturday, 24th September. 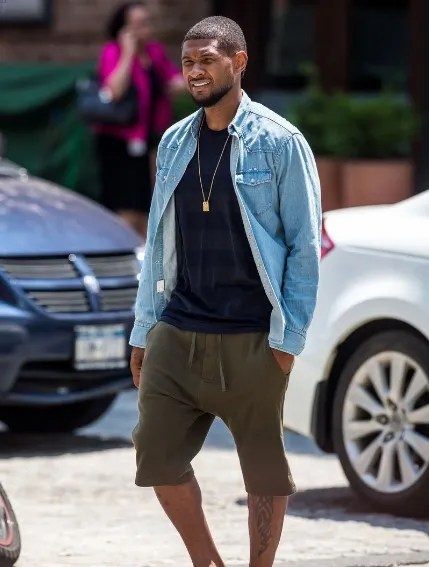 As he was performing some of his classic hits, the iconic singer gave fans a surprise by bringing Oxlade on stage to perform his smash tune ‘Ku Lo Sa‘.

He also invited Pheelz, after Oxlade’s performance, and the crowd went wild in excitement, while watching the iconic moment.

The Global Citizen Festival, organized by the Global Poverty Project holds annually as part of the movement to end poverty.

Local and international stars that were tapped to grace the stage are; UK rapper, Stormzy, US singer, Usher, Nigerian singers, Tems, Tiwa Savage; Ghanaian artistes, Sarkodie, Gyakie, Sarkodie and a host of others.

The event was hosted simulteneously at the Black Star Square in Accra, Ghana, and at Central Park’s Great Lawn in New York City, with top stars like Mariah Carey, Jonas Brothers, Charlie Puth, thrilling the fans.

Watch video of Usher and Oxlade: