Amidst their performance, guests suddenly stood from their seats and began running.

A musician has taken to his heels alongside his band during a performance in the Southeast at a funeral.

It was gathered that the entertainers took to their heels due to fear of unknown gunmen. 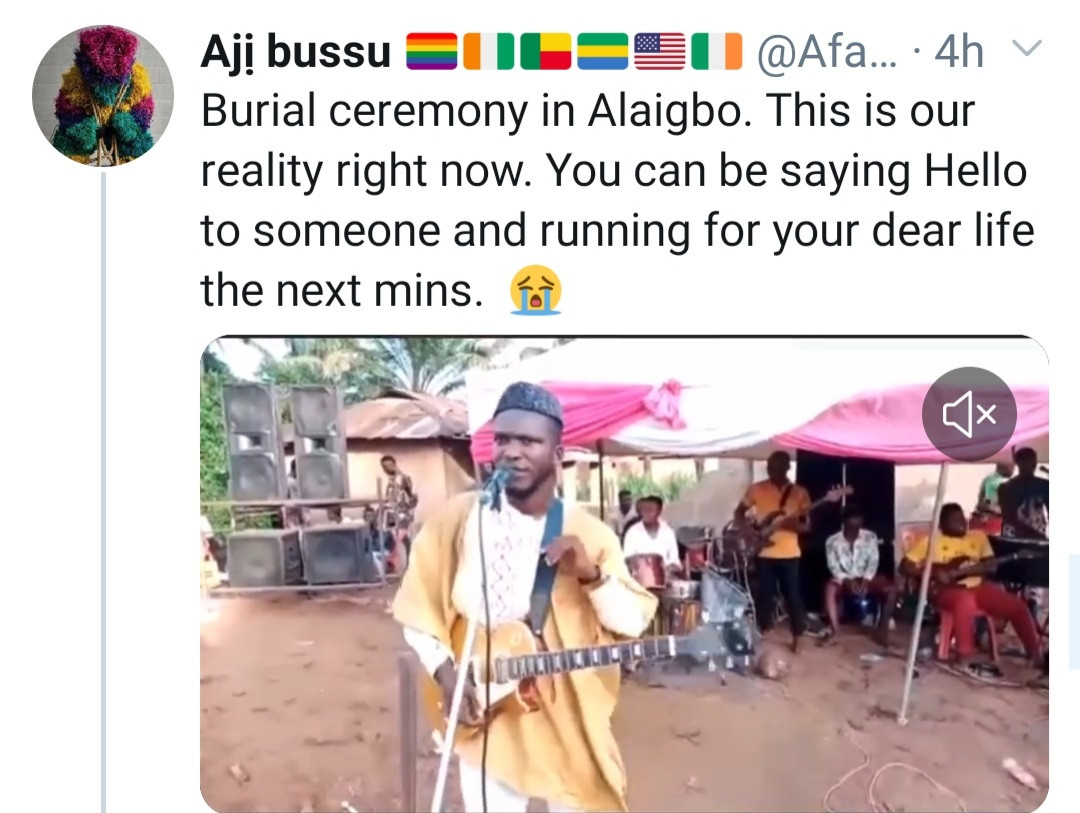 In the video, the guests who were being entertained also ran for their lives.

Viewers have expressed concern over the state of Igbo land and the violence that has taken many lives.