A young woman has taken to social media to celebrate being free from marijuana (weed) addiction after giving her life to Jesus Christ.

According to the lady identified as Tabitha, she used to smoke weed 3 to 4 times everyday, but she found Jesus and has gone 5 months without smoking. 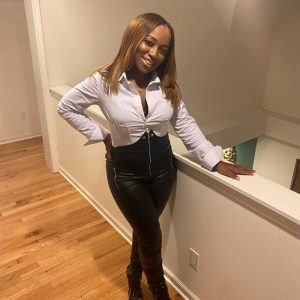 She also spoke to people who are addicted to something on the need to seek God in their lives and he would take away their struggles and in return shower them with gifts and love.

Tabitha said; ”Just a little testimony, but I’m going on 5 months without smoking weed. this coming from someone who for over a year smoked everyday, 3-4 times a day and since giving my life to Jesus, He’s changed my desires to the point where I don’t even crave or miss it just letting someone know that He is absolutely able to change you.

ASUU Declares Minister of Communication and Digital Economy Isa Pantami’s Professorship Illegal; FUTO VC and Others to be Sanctioned

Wen I gave my life to Him I wasn’t even looking to stop smoking tbh, it just so happened that He showed me i was using weed as a crutch and I didn’t need it when I had Him this isn’t to shame anyone, just felt impressioned to share, and maybe weed isn’t a problem for you. 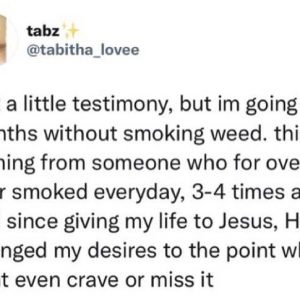