Ghana’s Nursing and Midwifery Council looking to uncover the identity of a nurse who in a Tik Tok video, threatened to kill patients that plan to visit the hospital where she works.

Cristiano Ronaldo Accuses the Media of ‘Telling Lies’ over his Transfer Stand-off with Manchester United, Promises to Reveal the ‘truth’ in a Couple of Weeks’

The lady who is a student nurse in one of the nursing institutes across the country, was heard saying in the video that it wasn’t her intention to become a nurse.

She said she was forced by her parents to enter nursing school and she is issuing a warning to anybody that visits her hospital for healthcare to stay away otherwise they would die.

The Nursing and Midwifery Council which has now distanced itself from the video, warned nurses, midwives, students, and social media users not to engage in “unprofessional and unauthorised actions” while wearing the uniform. 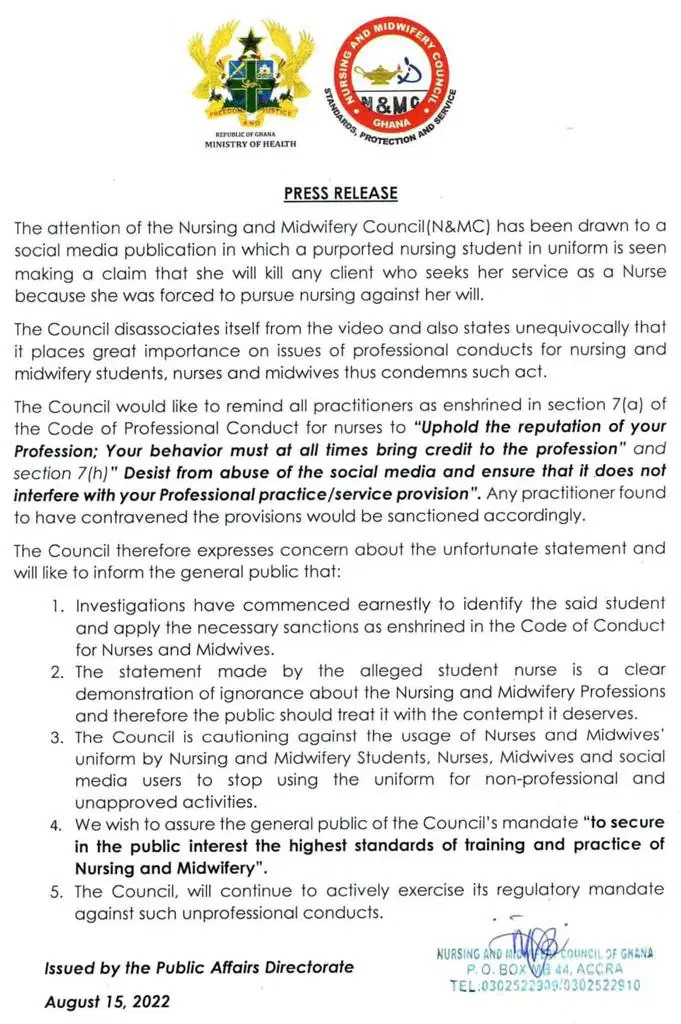