A Ghanaian motorcycle rider has been forced by his colleagues to take a bath for the sake of his own personal hygiene.

It was gathered that the man has not taken his bath for more than three years and his colleagues could no longer endure the stench. 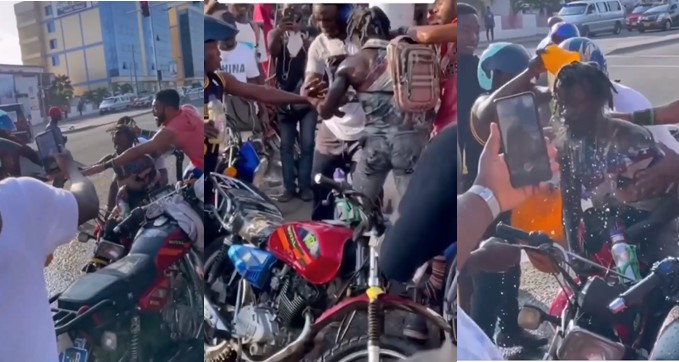 A video circulating online shows when some okada riders were holding the guy tightly and giving him a bath in public.

He tried to fight them off while sitting on his motorcycle but his colleagues were much so they overpowered him.

A man behind the scene said; “He doesn’t like bathing, he hasn’t bath for over 3 years now. What kind of person is this? The smell alone is enough to judge but today whether he likes it or not, he will be given a clean bath”.