He said he believes Bimbo and IVD had a blood covenant because she kept going back to him even with all that was going on.

The brother Bimbo Ogbonna, the late wife of Nigerian car dealer, Ikechukwu Ogbonna aka IVD, has spilled more insight into the matter of her death.

He said his family members did everything possible to keep Bimbo away from IVD but she kept on going back to him.

While responding to comments on his Instagram page, Oyindamola said it all started when an 18-year-old Bimbo met Ikechukwu. He said she had given Ikechukwu all her school fees and eventually dropped out of school.

He further stated that after several failed warnings for them to stop seeing each other, Bimbo’s family took her to Abuja to live. However, IK contacted her and told her that he was going to kill himself if she did not come back.

He said Bimbo ran down to Lagos to be with him. Oyindamola added that their family even offered to pay IVD money to stay away from young Bimbo at the time, but they continued their relationship.

He said he believes Bimbo and IVD had a blood covenant because she kept going back to him even with all that was going on.

See his comments below 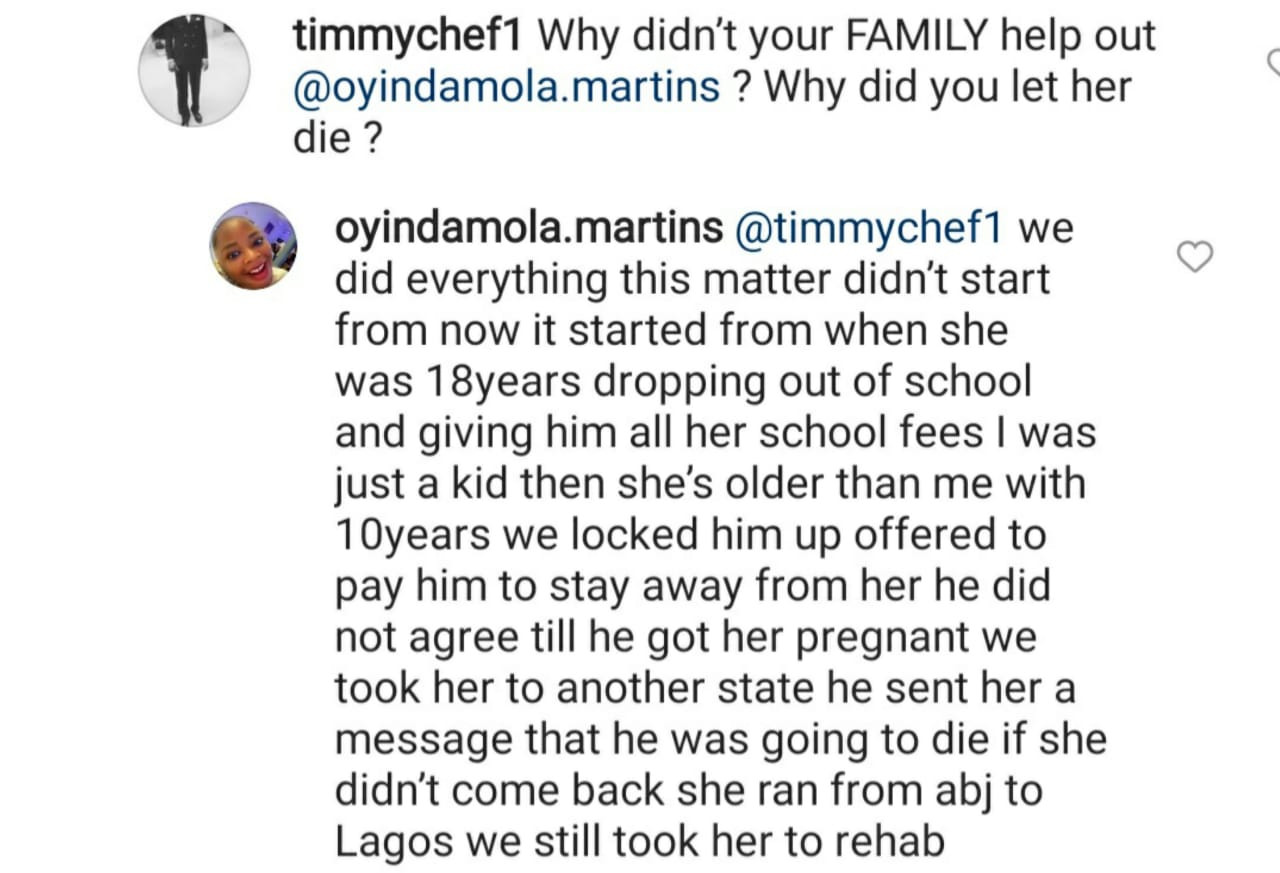 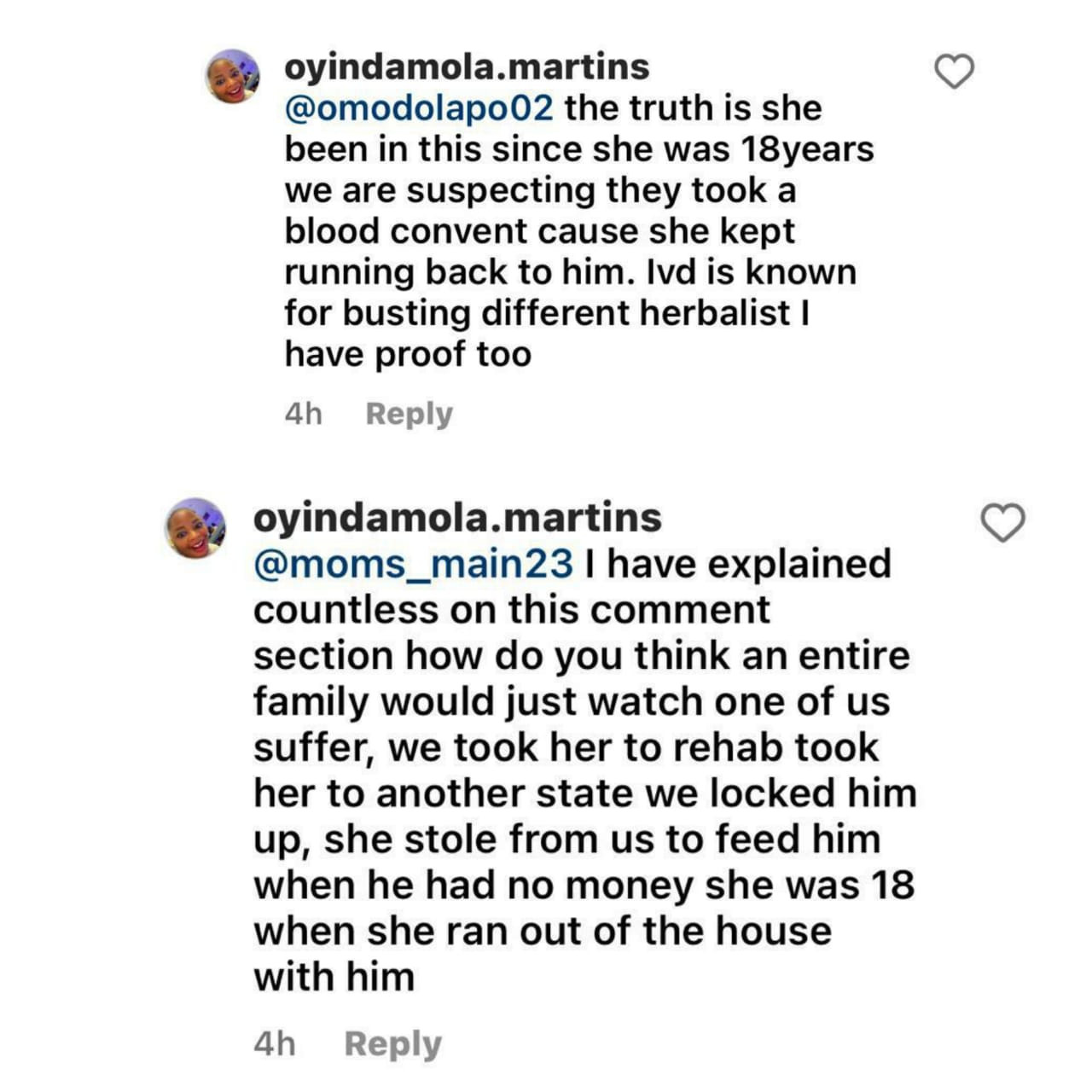