A young Nigerian man was left in shock when he bought a car for his girlfriend as her birthday gift but she was not impressed.

In a video making the rounds online, the man led her to where the car was parked while covering her eyes with his hand. 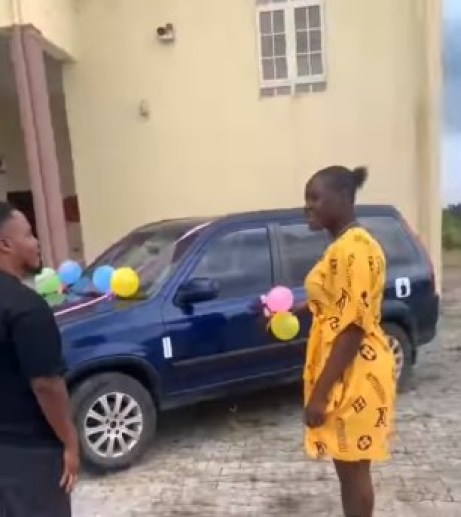 When she saw the car, there was no look of happiness on her face, rather she queried him for buying her that type of car.

He seemed confused about her reaction and reiterated that the car was for him, but she ridiculed his efforts and said it is not befitting.

The man’s friends who were behind the camera were also baffled with how she reacted to the car gift.