A widow who lost her husband at the age of 23 has shared a video showing what she was subjected to by his kinsmen.

The mother-of-two – a boy and a girl – shared a video showing women in the community shaving her head with a blade after her husband’s death.

She added in the caption that her husband’s family took everything from her, leaving her to care for the kids alone.

She wrote: “I married at 19, had my first child at 20, second child at 21, became a widow at 23. They collected everything from me. The worst part is they don’t ask of the kids.” 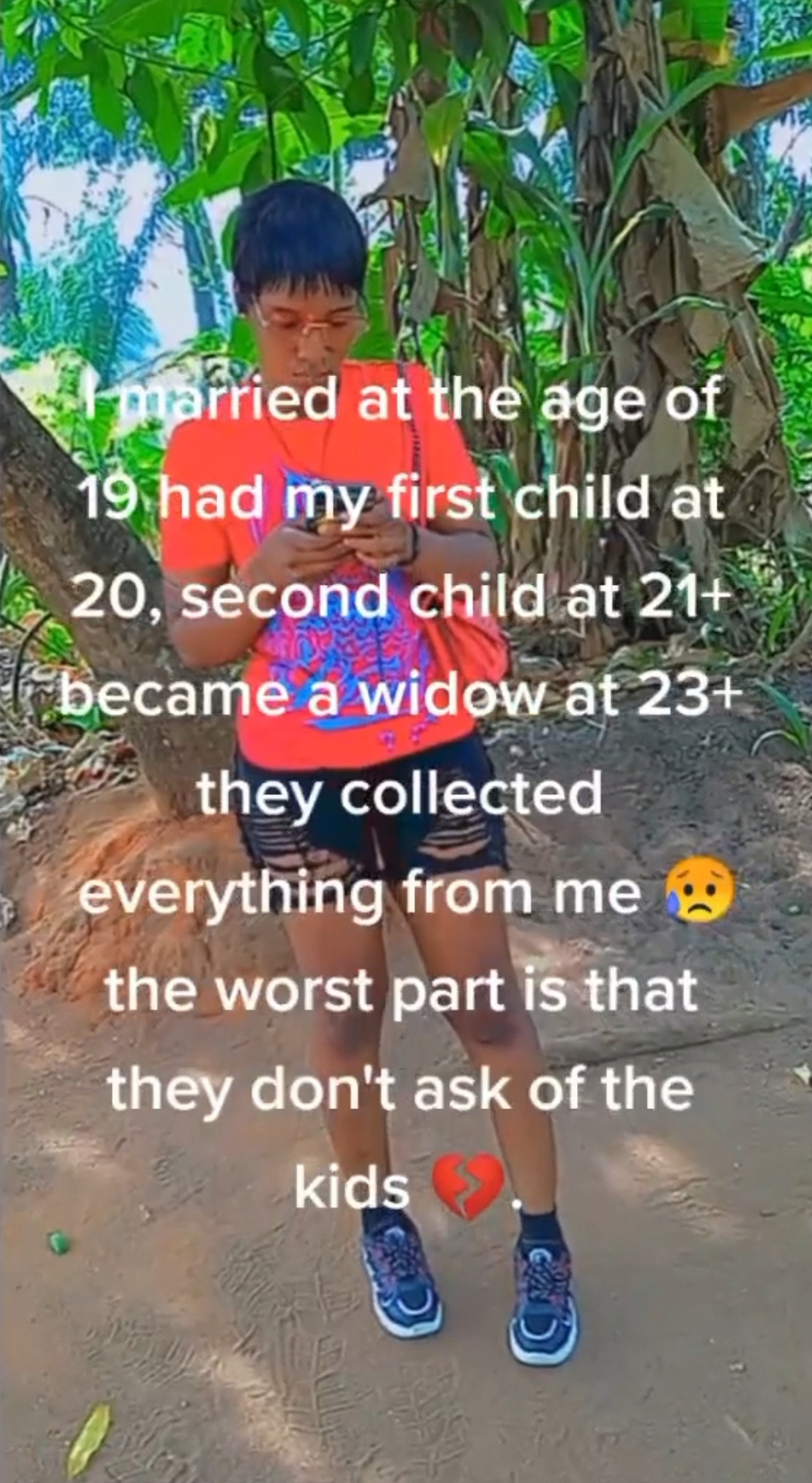