Jaylen Smith was elected the mayor of Earle, Arkansas, on Tuesday night, Dec. 6, becoming the youngest Black mayor in the United States.

Smith had 218 votes, compared to Matthews’ 139, according to election results.

Congratulatory messages are already pouring in, with many wishing him a successful tenure. 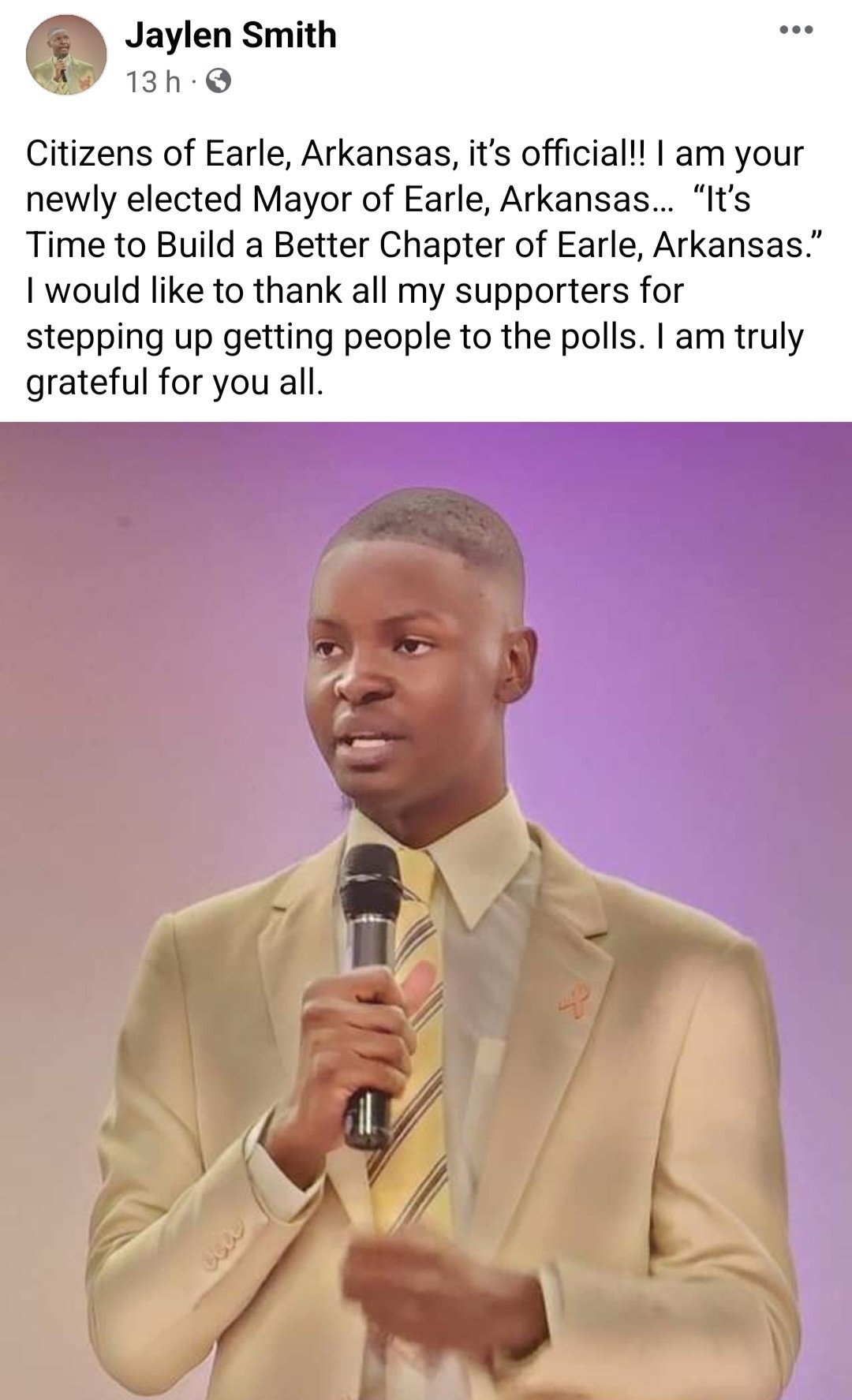 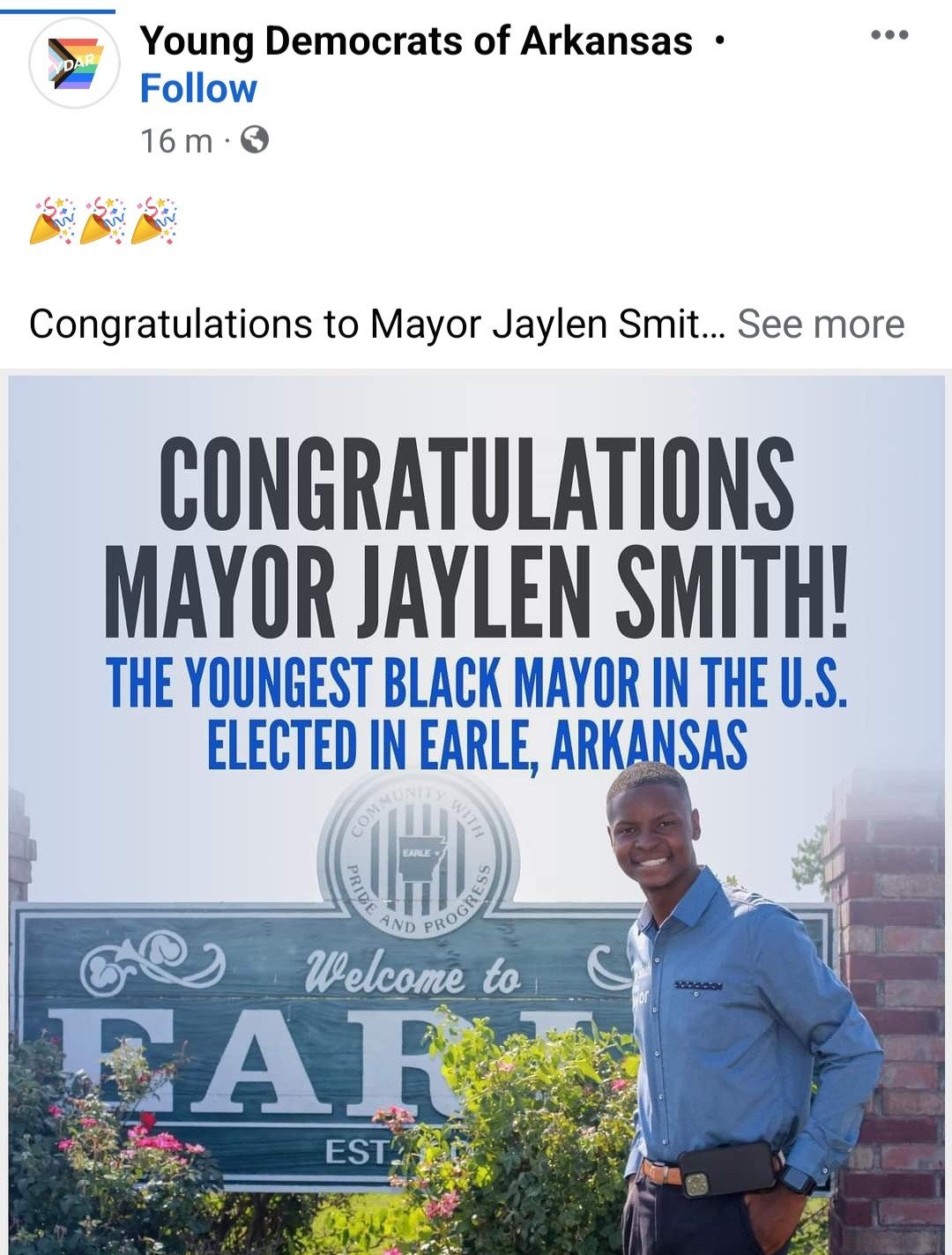