UK businessman, Simon Jordan has accused FIFA of cronyism after celebrity chef Salt Bae, joined in with Argentina’s celebrations on the pitch after their World Cup win.

Salt Bae, whose real name is Nusret Gokce – was pictured with the World Cup trophy and took photos with several of Argentina’s stars at the Lusail Stadium.

In a series of videos posted on his own Instagram, the famous steak chef interrupted the likes of Angel di Maria, Cristian Romero, and Lisandro Martinez as they posed with the World Cup.

The chef was also seen desperately trying to get Lionel Messi’s attention before he made another attempt to pull the Argentinian back towards him, He later eventually got a photo with the 35-year-old but Messi did not seem too pleased about it.

Regarding the world cup, ‘Its current design dates back to 1974,’ FIFA’s website reads. ‘As one of the most recognised sports symbols in the world and a priceless icon, the original Fifa World Cup Trophy can only be touched and held by a very select group of people, which includes former winners of the Fifa World Cup and heads of state.’

Jordan, a former chaurmah of Crystal Palace, slammed FIFA after Salt Bae’s antics on Sunday, arguing it was an abuse of their power.

‘Maybe he thought he had a stake in the event,’ the former Crystal Palace chairman joked on talkSPORT, in reference to Salt Bae’s steak restaurant.

‘Of course, it’s cronyism. It absolutely is. You look at it and say, “Why would it happen?” Then you see where Infantino eats when he’s over there. 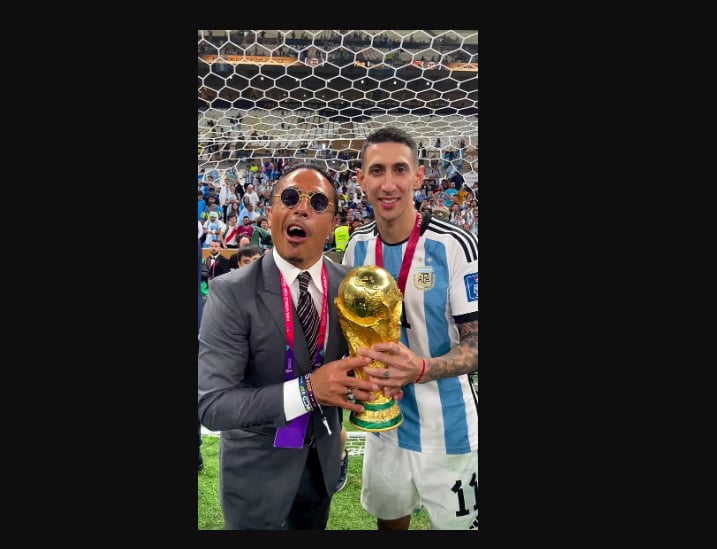 ‘It’s ridiculous. It’s a ridiculous look. We’ve have Messi wearing a traditional Arab cloak, which was strange but I understand why they’ve done it.

‘Now we have these highfalutin chefs who we’ve got a beef with because they’re going on the pitch.

‘It’s unprofessional. There’s no place for him. He shouldn’t have been on the pitch.’

And Jordan believed the FIFA’s president’s reputation was harmed by his behaviour in Qatar. 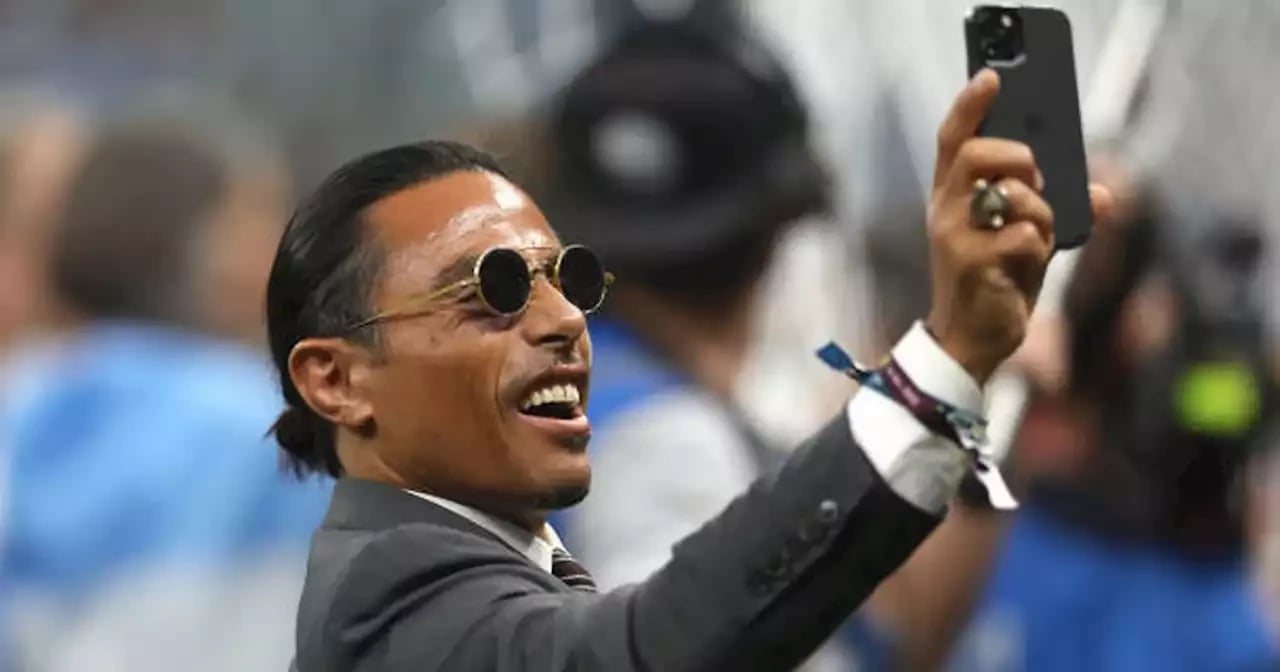 He added: ‘What are FIFA doing? When they stroll into town, they really let you know they’re there. It’s like the Vatican dropping into places.

‘I’m surprised they would want this sort of scrutiny. By the very nature of Infantino flapping his gums, he has drawn extra attention to everything FIFA does. So you want the look to be right.