A video making the rounds online shows the moment an armed robber was doing something unusual while robbing an establishment.

The Closed Circuit Camera captured the robber dancing on duty while the victims were lying down on the floor scared for their lives. 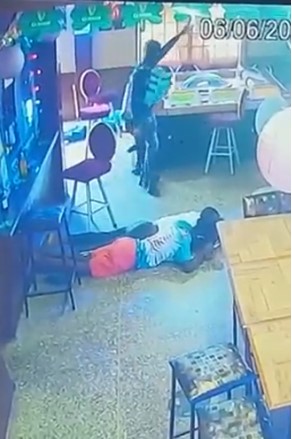 He firstly searched their pockets for their phones, money and wallets before pacing back and forth.

The armed robber then broke into a dance mode, but it is not clear if he was dancing to a song in his head or if one was being played in the room.

Love what u do and u never work a day in your life 😩 pic.twitter.com/N1jQ81MNpq