A Chinese man has wowed social media users with the way he sang a worship song fluently in Igbo language.

He was seen in a video making the rounds online singing an Igbo worship song with a beautiful voice. 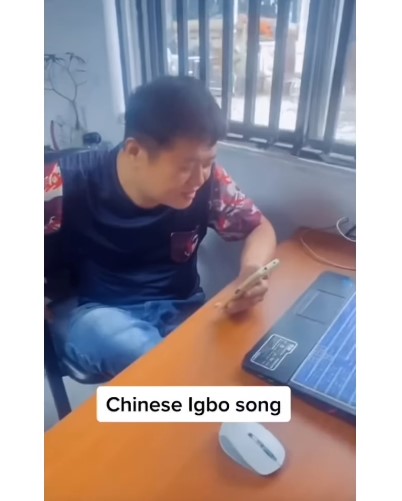 The man read the hymn directly from his phone and a Nigerian lady who filmed him joined to sing at some point.

Another interesting part of the clip is that though he was singing Igbo, the girl was communicating with him in Mandarin, which is the lingua franca in China.