Sinclair is being investigated by the sports radio company, where he works as a football pundit and commentator.

The former City star is said to have tweeted shortly after the Queen’s death was announced that racism in the United Kingdom had ‘thrived’ during her 70-year reign.

The sports world pulsed to mourn the Queen who died on Thursday at the age of 96 at Balmoral.

But Sinclair felt the monarch does not deserve a last respect from people of black or brown colours.

“Racism was outlawed in England in the 60’s & it’s been allowed to thrive so why should black and brown mourn!!” He boldly tweeted, according to Manchester Evening News. 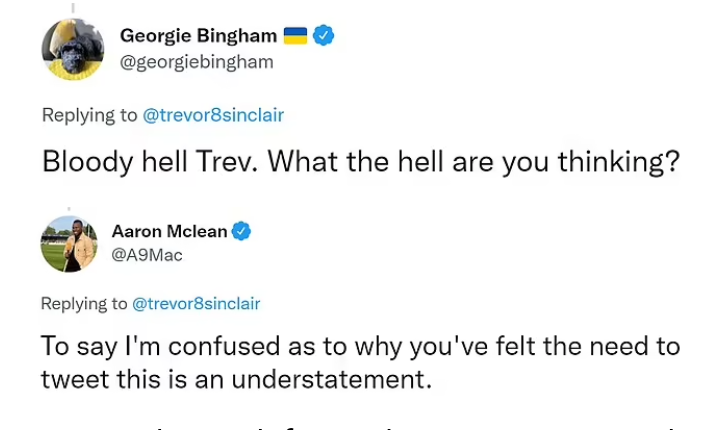 It said: “talkSport does not support those views expressed and is investigating the matter.”

Former Crystal Palace owner, Simon Jordan, who also works with talkSport with Sinclair, said, “Trev, I’m really not sure that is an appropriate thought, let alone tweet. The country has lost a very significant person and respect and value should be the overriding sentiments not division!”

Georgie Bingham, another colleague of Sinclair at talkSport, said: “Bloody hell Trev. What the hell are you thinking?”

And former Peterborough United striker, Aaron McLean added: “To say I’m confused as to why you’ve felt the need to tweet this is an understatement.”