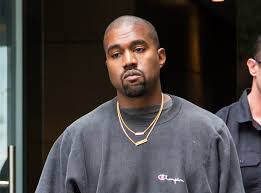 Kanye West went on an antisemitic tirade and praised the Nazis and Adolf Hitler, who oversaw the murder of about 6 million Jews.

During their chat, Jones told Kanye: “You’re not Hitler, you’re not a Nazi, you don’t deserve to be called that and demonized.”

Kanye, who was wearing a hooded mask that covered his entire face, responded: “Well, I see good things about Hitler also. I love everyone.

“I am done with the classifications. Every human being has something of value that they brought to the table, especially Hitler.”

Singer, Portable Allegedly Knocks Woman Down With His Car While Driving Recklessly (Video)

“Every human being has something of value that they brought to the table, especially Hitler,” Ye continued. “Also Hitler was born Christian.”

As the show headed to a commercial break, Jones told Ye he had a “Hitler fetish”.

Kanye also said he does “not like the word ‘evil’ next to Nazis” after Jones pushed back on some of his assertions.

The father-of-four said: “I love Jewish people, but I also love Nazis.”

Jones laughed in response, saying, “Well, I have to disagree with that.”

Kanye has seen public backlash for weeks with his repeated comments criticizing Jewish people and claiming a cabal of elite Jewish people control the media, Hollywood and politics.

His antisemitic comments have caused multiple brands to cut ties with him.

Ye just doubled down and straight up said "I like Hitler" 😭pic.twitter.com/FrnLkDZzIF