The National Human Right Commission (NHRC) and the Nigeria Association of Women Journalists (NAWOJ), Imo State chapter have called on the Imo State Government and the Nigeria Police Force to immediately arrest and prosecute one Mr Confidence Amatobi, for allegedly assaulting his 2-month-old baby, Miracle.

Mr Amatobi was said to have assaulted little Miracle with a plastic hanger and broke the baby’s arm for disturbing his sleep.

The incident led to the amputation of the fractured arm at the Pediatrics ward of the Federal Medical Centre, FMC Owerri.

NAWOJ, NHRC and the aggrieved mother of baby Miracle, made the call for justice in Owerri the Imo State Capital.

Imo State Chairperson of NAWOJ, Dr Dorothy Nnaji who spoke to newsmen after visiting the amputated boy at the Federal Medical Centre (FMC) Owerri, confirmed that the injury inflicted by the 31-year-old father, a native of Amurie in Isu LGA of the state, led to the amputation of the little boy’s right hand. 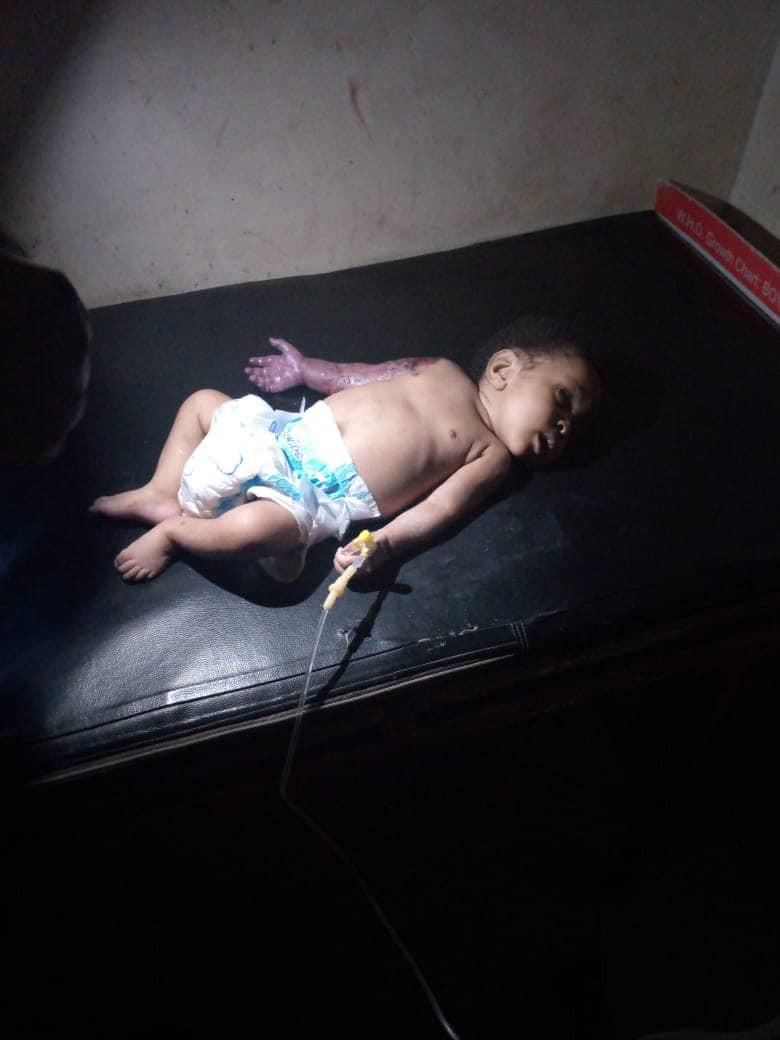 Mrs Nnaji who frowned at the dastardly cruel act of Mr Amatobi expressed shock that a father could assault his innocent child simply because he was crying and disturbing his sleep.

She disclosed that Mr Amatobi was reported to have repeatedly hit the baby with a plastic hanger to stop him from crying until the right hand broke.

“The perpetrator, Mr. Confidence Amatobi, who hails from Amurie in Isu L.G.A used a plastic hanger on the baby, simply because he was crying that the mother left to ease herself. He used wood and elastic bands to tie the baby’s hand when he saw that hand was broken and swollen,” Mrs Nnaji said.

“He locked the mother and baby to prevent her from talking to neighbours or seeking help. He also took her phone from her. After two days she found her way out and sought help from her neighbours. The guy was arrested by a vigilante but he escaped. By the time help came, the baby’s hand was already decayed. The only option was to cut off baby Miracle’s right hand from shoulder,”

“I feel for the 20 year old Favor Chikwe who is too young to go through all this stress just because she went to easy herself. I am calling on lmo State Judiciary and all spirited individuals and Government to give justice to this innocent boy whose only crime was that he cried like any other baby.” she added.

Similarly, the Imo State Coordinator NHRC, Mrs Ukachi Ukah, while reacting to the incident also condemned the brutality and insisted that justice must be allowed to take its course.

Narrating her ordeal, the mother of Miracle, Mrs Favour Chikwe, 20, who hails from Idemili Community, Anambra State disclosed that she had left Miracle with his father on Friday, October 7, 2022, to use the convenience, when the incident happened.

Favour recalled that she overheard her baby crying uncontrollably and had to rush back to know the cause of her cry only for her to discover that his right hand was swollen and bone broken from the beating he received from his father. 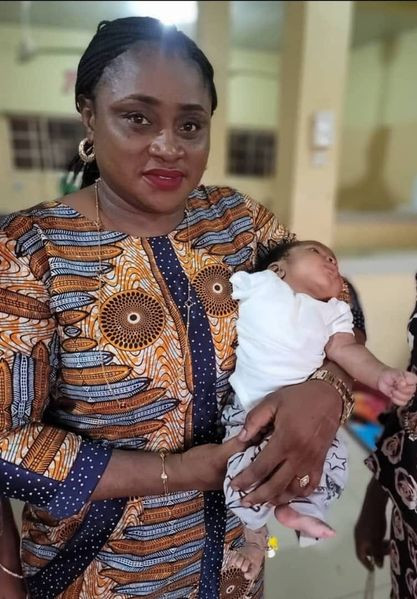 Amatobi, it was learnt, confessed that the baby was disturbing him with his cry while he was sleeping and he had to try to stop him by battering him.

“Upon noticing that he has broken the baby’s hand, he used sticks and rubber bands to bind the broken bones together,” she said.

“When l confronted him about what he did, he locked us in the room, to prevent me from telling people about his wicked deed or seek for help. He also collected my phone from me so that I will not call the neighbours.”

She narrated how she managed to take the baby to hospitals in the community that refused to treat the baby before she took him to FMC Owerri where the amputation was done.

The woman appealed for support to save her child while calling on the state government, NHRC and other civil society organisations to assist her to get justice for her son.