A chaotic scene occurred on the streets of Ghana involving an armed motorist who tried to scare another motorist.

A man was tackled for reckless driving, and in response, he brought out a pistol to intimidate the person that was confronting him.

In a video posted online, he could be seen slapping the other man who then tried to defend himself. 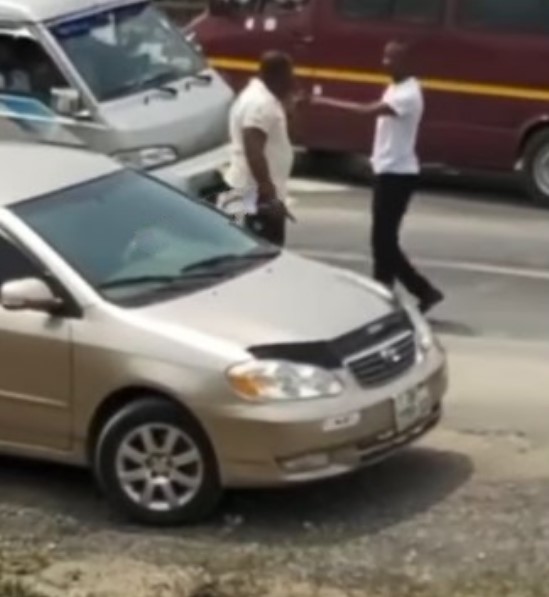 The armed man continued brandishing the gun in public as they kept exchanging words heatedly.

Some other motorists and residents decided to intervene and tried to get them to end the quarrel.