Nigerians who travelled to Dubai were detained at the airport and their passports were seized.

One of the affected passengers shared a video from the airport.

It shows Nigerians demanding answers after their passports were seized without explanation.

Others are seen sitting in an empty area as they waited to know their fate.

One of those detained is heard telling an Arab man to give back her passport so she can return to Nigeria as she no longer wants to stay in the Arab country.

The lady who shared the video revealed that her sister later picked her up from immigration after a “tedious process” but other Nigerians who didn’t have anyone in the country were not released. 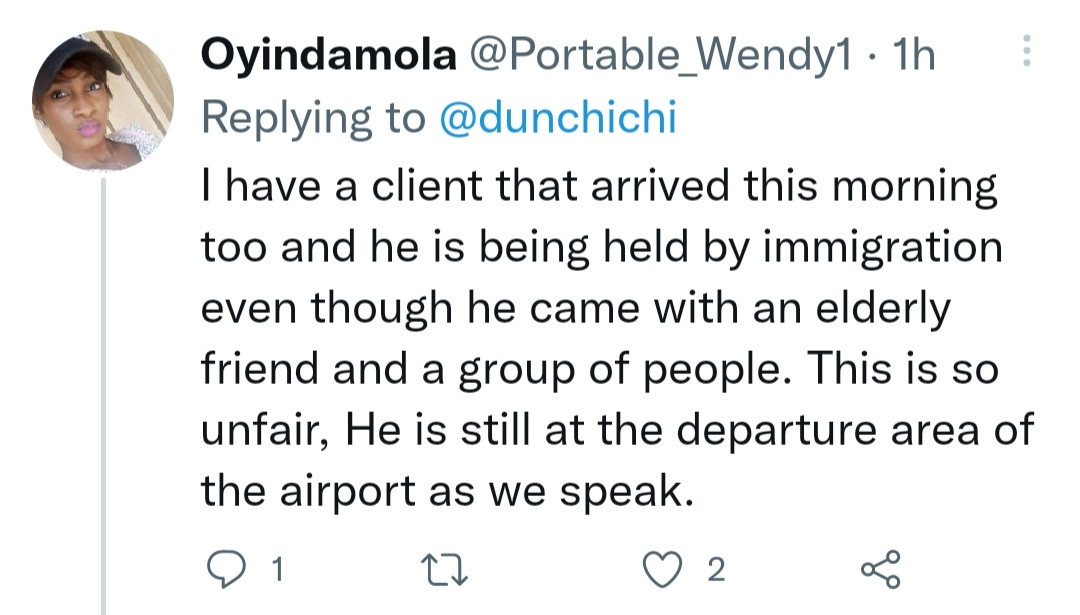 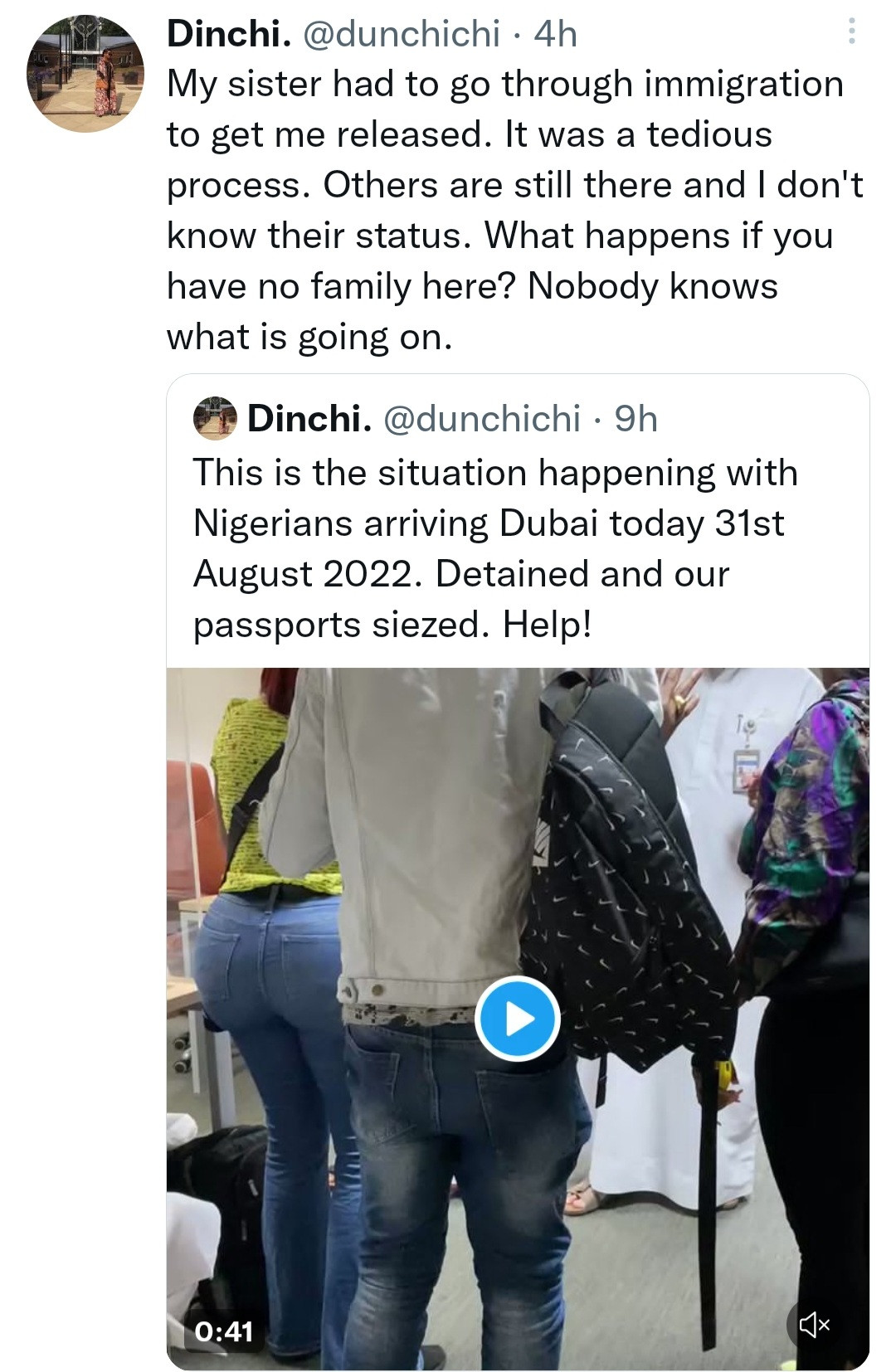