Roberto Gabriel Trigo, a retired football player from Paraguay, is probably the only man alive who can say that he shot down a small plane with a football.

The legend of the football kick that brought down a plane has been doing the rounds through the locker rooms of Paraguayan football clubs for six decades. Some say it happened during an official game, others that it was during a practice, but they all credit the same man – Roberto Gabriel Trigo.

He was 17 years old at the time and playing as a right back for the now-defunct General Genes football club of Asuncion. Annoyed by a small plane flying low over the local football field, Trigo allegedly kicked the ball outwards, hitting the aircraft’s engine and causing it to crash in an open field, just 200 meters away.

“He always flew over during games or practices and I told him in Guarani (an American language): ‘anive reyu upeicha, because roityta’, which means: ‘don’t do this anymore, or I’m going to hit you with a ball I kick’, andhe was dying of laughter because he was my friend,” Trigo told EFE a few years ago.

The man flying the plane was Alfredo Lird, a big fan of General Genes and a man Trigo knew very well. He had a habit of flying very low over the football field during practices and official games, and they always joked about kicking down his plane. No one actually thought Trigo could do it though, until the day he did.

The former footballer, who turned 80 this year, doesn’t recall every detail from the day he became a legend in his own country, but he does remember that it was February of 1957, during a game against the Presidente Hayes football club. 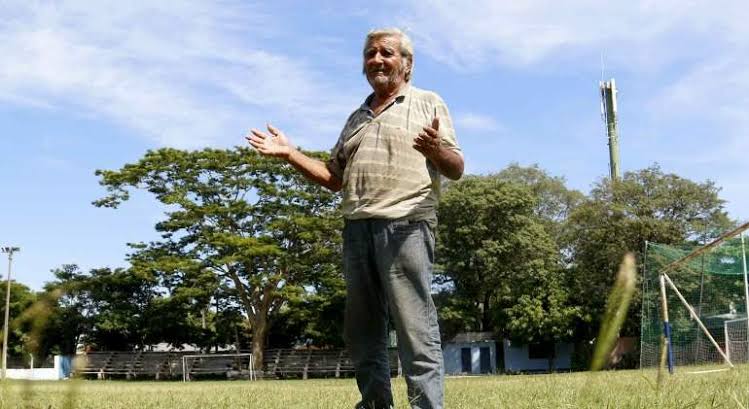 Lird was flying low, as usual, and after a corner kick by the opposing team, Roberto Gabriel Trigo took the ball low and kicked it upwards in the direction of the small airplane. He didn’t think he would actually hit it, which made seeing it crashing down that much more shocking.

“For a little while the game was stopped. I panicked. They took me and made me drink cold water and they poured it on my head. They told me: ‘don’t worry, nothing happened at all, the pilot is fine’. So I started to calm down,” Trigo recalled. 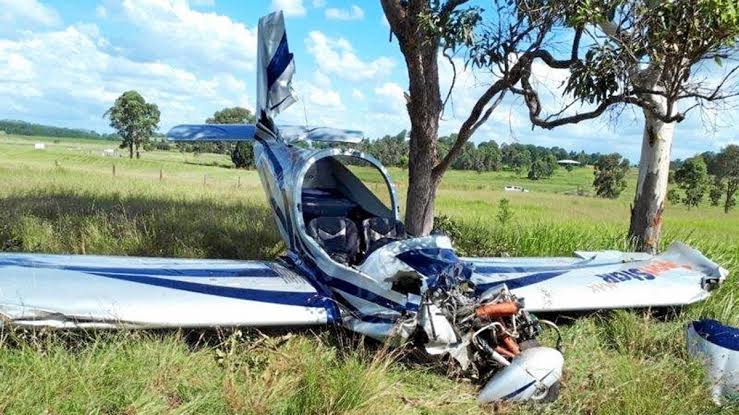 The footballer learned that Lird had a little boy with him in the plane, but, despite crashing into a nearby open field, both had escaped uninjured. Once things settled down, the game resumed, and Trigo’s team actually won with the score 2 – 0.

“Lird didn’t get angry with me, we were friends and we always joked that at some point I was going to hit him with a ball if he passed over us again with his plane. The problem is that we never thought it would happen actually,” Don Trigosaid.

Trigo’s feat made news headlines in all of Paraguay, and the story of him shooting down a plane with a kicked ball soon became an immortal legend. The General Genes club no longer exists, but everyone still knows about Roberto Gabriel Trigo, the footballer who shot down a plane.