A sickening phone call to the front line of Russia and Ukraine war has been intercepted.

A woman was heard telling her husband who is a Russian soldier that he can rape as many Ukrainian women as he wants, as long as he “uses protection” and doesn’t tell her about it when he gets home.

The horrifying call was intercepted by Ukrainian security services (SBU) in Kyiv and posted on its Telegram channel.

“Wives of Russian aggressors call on their husbands to rape Ukrainian women,” the agency wrote on Telegram alongside the 30-second audio.

“This shocking interception by the SBU reflects the moral values not only of the occupiers but also of their relatives, 80% of whom now support the war in Ukraine”

The pair have been identified by Radio Liberty as Roman Bykovsky and his wife Olga Bykovskaya, although they have denied it.

In the short audio clip, a woman’s voice is heard saying: “So yeah, do it over there. Ukrainian woman there. Rape them.” She laughs before adding: “Don’t tell me anything, understand.” A man on the other end of the call replies: “So I should rape and not tell you anything?” The woman responds: “Yes so that I wouldn’t know anything,” before both start laughing.

She then adds: “Just use protection,” before the man replies again: “OK.” An investigation by the outlet, alongside authorities in Ukraine, found the phones used in the call. The investigators managed to link the two numbers to the accounts of 27-year-old Roman Bykovsky and Olga Bykovskaya, both from Orel.

The journalists were able to find Roman through a photo that was posted on social media by a friend with whom he had served in the same army division back in 2016.

The investigators eventually found more pictures of Roman and established he was a soldier of the 108th Guards Airborne Assault Regiment, which participated in the annexation of Crimea.

The couple who have a four-year-old son moved to the region in 2018. The outlet reports that journalists attempted to contact the pair multiple times.

Roman reportedly answered and denied he was still in Kherson before stating he was not the person in the audio clip. 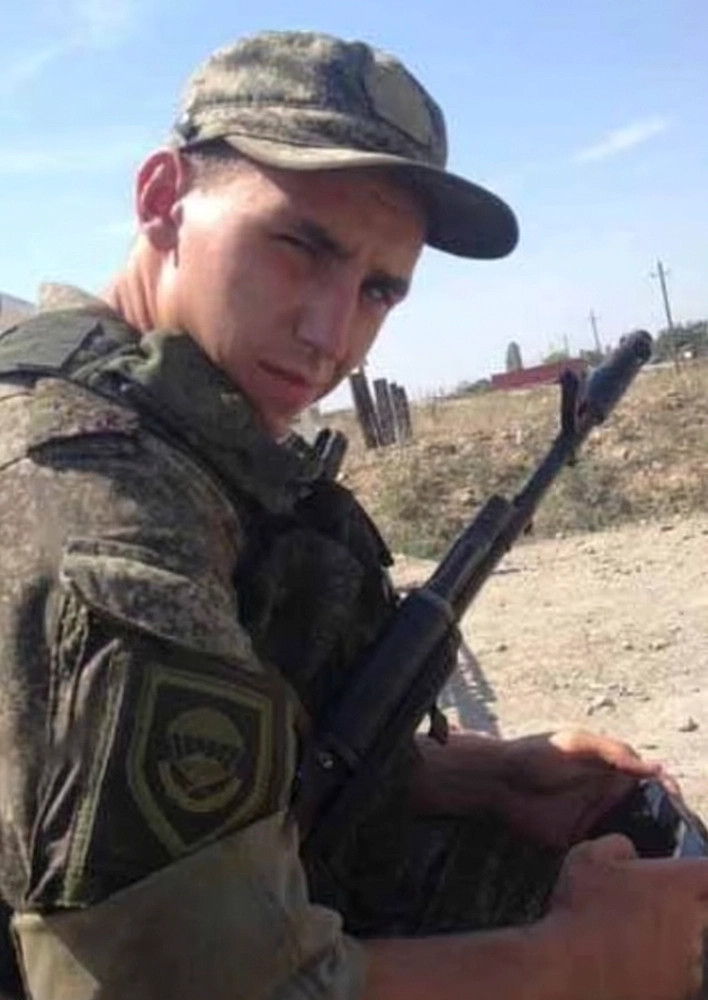 His wife also answered and confirmed her husband was in Sevastopol being treated in the hospital. She then proceeded to delete her social media account.

Last weekend, a Russian soldier was arrested after allegedly filming himself raping a baby in Ukraine before sending the video to a fellow reporter. Alexei Bychkov, 24, was detained in Russia on Saturday after the vile clip emerged on social media over the weekend.