Residents of Sioux Falls, South Dakota felt like they were in an episode of the Netflix series ‘Stranger Things’ when the sky turned into a haunting green color on Tuesday.

The National Weather Service (NWS) revealed it was not due to a tornado as some believed, but stemmed from a derecho.

A derecho is an intense wind storm associated with a fast-moving group of severe thunderstorms.

This one in particular barreled across the northern Midwest with winds up to 99 miles per hour that knocked out power for thousands.

‘This of course caught the attention of many who had never seen skies so green.’

‘In this particular case, the green skies lasted for around 10-20 minutes as the storms approached the city of Sioux Falls.’ 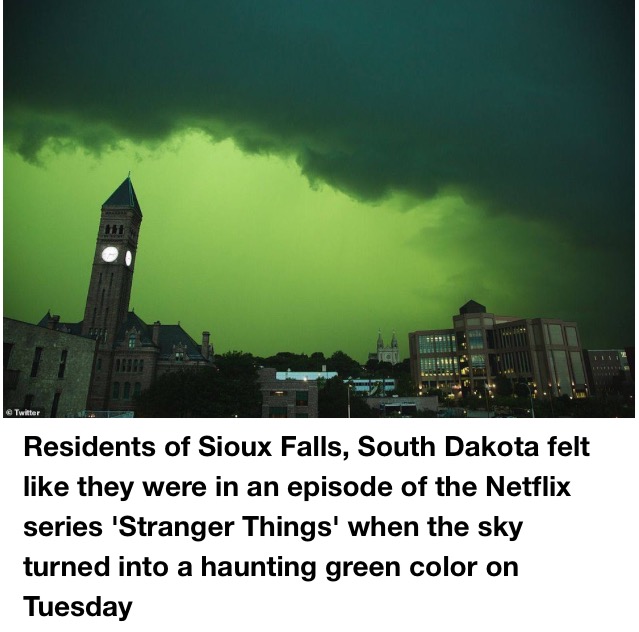 The storm flowed into the Sioux Falls area around 3pm to 3:30pm CST, carrying a murky green sky along with it. 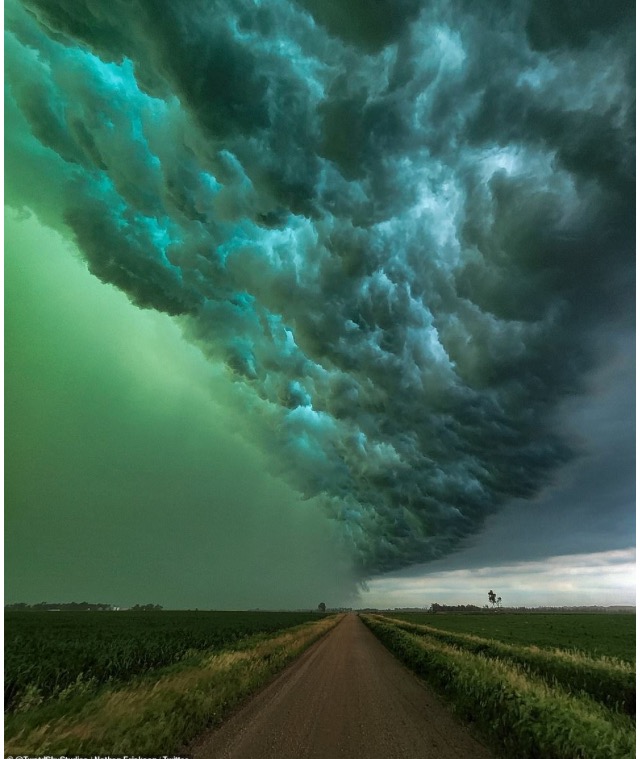 The storm tapered off around 5:30pm and by that time, more than 26,000 people in the city were without power.