Two young men have made headlines over their brazen confrontation of police officers in Lagos state.

In a video making the round, the youths could be seen getting into a scuffle with two men of the Nigeria Police. 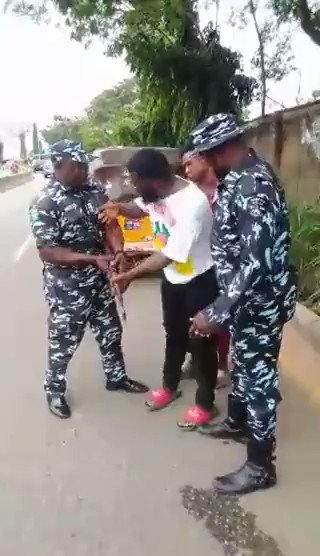 The incident happened in Meiran area of the state and it as because the officer had seized a phone which belongs to one of the guys.

They made attempts to dispossess one of the officers of his service weapon, which is a rifle

As the policeman kept struggling to maintain a firm grip on his rifle, the guy became more aggressive and forcefully tried to snatch it, which resulted in the officer falling to the ground.

The incident happened at Meiran. These two have been arrested and detained. I will provide further updates. https://t.co/stiP387efF