A support group of Labour Party, LP and its presidential candidate, Peter Obi has accused the chairman of the party in Lagos state, Kayode Salako of working against the party in the state.

The Obi support group made the allegation in a statement via its Twitter handle on Saturday.

The group, which identifies as Peter Obi Grassroots Mobilization 2023 Movement alleged that Salako is working for the presidential candidate of the ruling All Progressives Congress, APC in Lagos State. 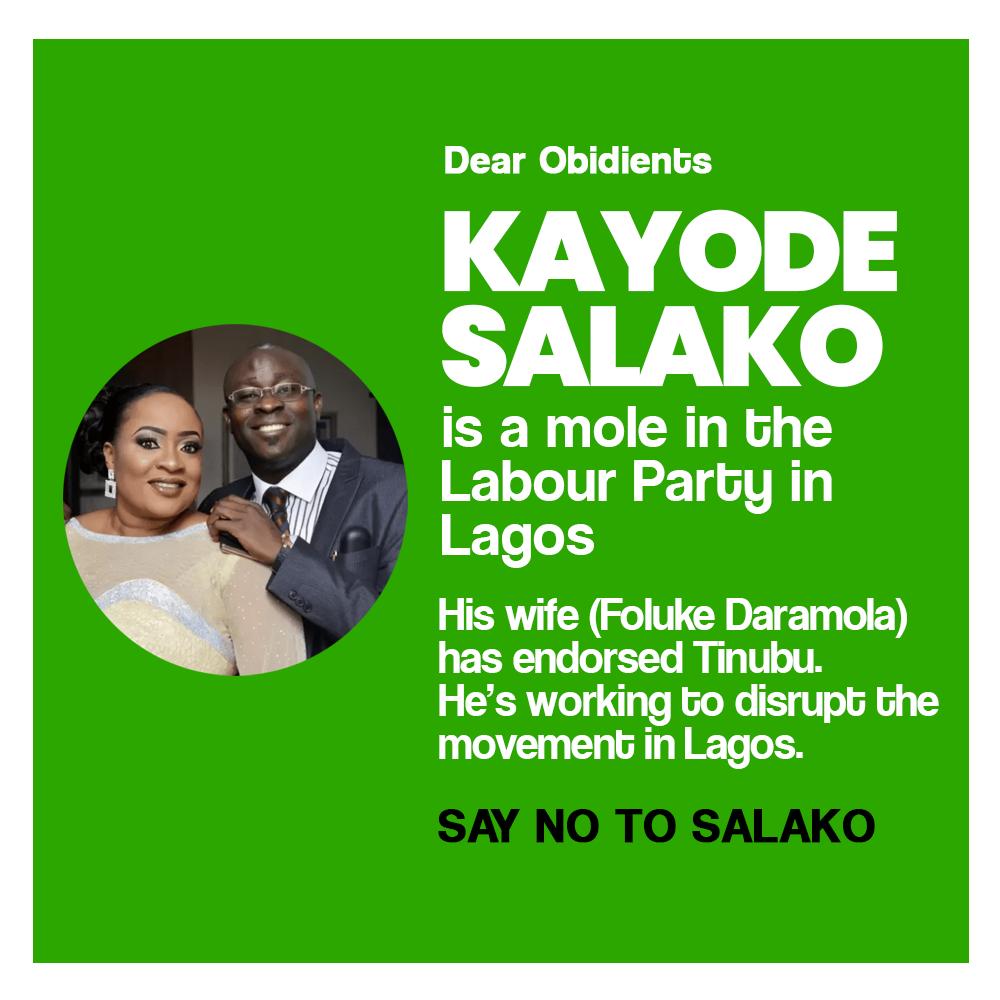 It said Salako must be rooted out of Labour Party.

“Labour Party Chairman in Lagos Kayode Salako is working for Tinubu. We must root him out of the party,” the group said.

Recall that Lagos Chapter of the Labour Party elected Salako, husband of Nollywood actress, Foluke Daramola, as the new party chairman in the state in July 2022.

A copy of letter confirming his appointment was sent to the Independent National Electoral Commission (INEC), ahead of the 2023 general elections.

Chinese Man Stabs A Girl To Death In Kano (Photos)

Meanwhile, Salako has said his utmost goal for running the Labour Party in Lagos, is to win elections. “If I can’t win elections, then it is not worth it,” he said.

Salako, during a meeting with representatives of the Nigerian Labour Congress (NLC) and Trade Union Congress (TUC) and other political organisations in Lagos, Salako disclosed that the essence of running a political party is to win elections.

He said, “If a political party is existing, but can’t win elections, it won’t only be called an unserious party.He told the gathering my mission as the new chairman of the LP in Lagos, is to coordinate the party to win elections. 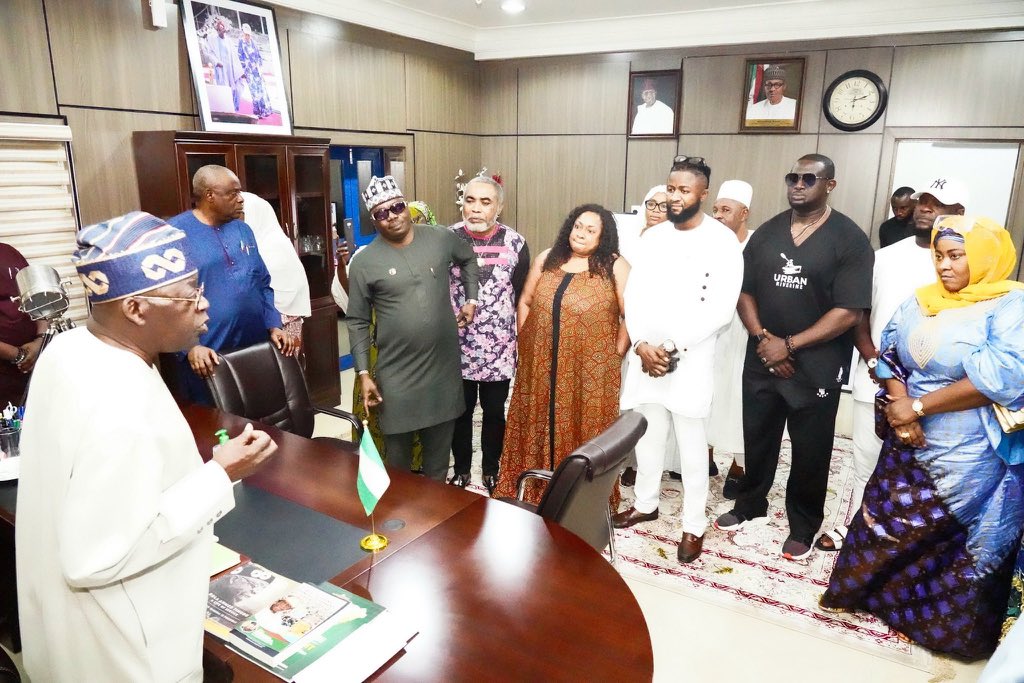 ”The utmost goal of the executives for the 2023 general elections in Nigeria, is to run the party well and make sure it becomes the next ruling party in Lagos.

“I do not believe in impossibilities. It is possible and it is doable! The divine grace of God that is upon the Labour Party and its presidential candidate, Peter Gregory OBI, right now can make it happen.

“My utmost goal for running the LP in Lagos, is to win elections. If I can’t win elections, then it is not worth it.”

He added, “I want my name to be written in gold in the book of Nigeria’s history, as that son of a nobody, who came, ruled his party well, and for about the first time, he won elections in Lagos State.

“My mission is to win elections for my party. That is the place, where my fulfilment will ever lie as the chairman of the Labour Party in the state,” added.