Near-death experiences suggest the brain keeps going after the heart stops, and death is not so absolute 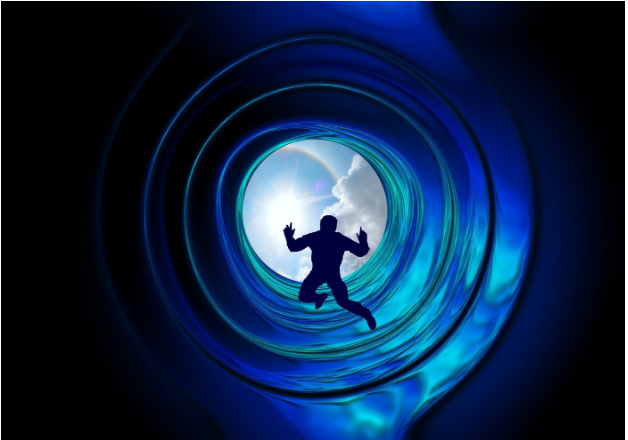 People who’ve been to the brink of death and back often describe an inexplicable state of heightened consciousness and awareness involving similar mental flashbacks and out-of-body experiences. While science can’t explain what’s going on or why, it’s become clear that the brain can remain active longer after the heart stops than previously thought, and death is not quite as final as once assumed.

There’s no agreed-upon scientific definition for near-death experiences, or NDEs. Studying them clinically is rather difficult, as you might imagine, so much of what’s known or presumed is based on people’s recollections of their NDEs — the stories they tell afterward. People often describe seeing bright lights or tunnels and feeling at peace. But in some cases, they recall being scared.

A comprehensive new review of studies on the topic — by 18 physicians, neuroscientists, psychologists and other researchers — does not advance the understanding greatly, but it offers a consensus view of what is known about what happens when we die, and when someone is really dead.

“Death is not an absolute state,” says study team member Sam Parnia, MD, director of critical care and resuscitation research at NYU Grossman School of Medicine. “Rather, it’s a process that could potentially be reversed in some people even after it has started… brain cells do not become irreversibly damaged within minutes of oxygen deprivation when the heart stops. Instead, they ‘die’ over hours of time.”

In the Annals of the New York Academy of Sciences, Parnia and colleagues conclude that near-death experiences are consistently described as following a narrative arc that goes something like this:

Separation from the body with a heightened, vast sense of consciousness and recognition of death

Travel to a destination

Meaningful and purposeful review of life, involving a critical analysis of all actions, intentions and thoughts towards others

Perception of being in a place that feels like “home”

Return back to life.

Modern advancements in resuscitation, including CPR, have led to more and more of these mysterious yet similar lucid experiences, making their reality “impossible to disclaim,” the researchers argue. They note that brain scans have shown that whatever is going on inside the minds of people who are dying, it seems linked to enhanced electrical activity in the brain — the sort that indicates a heightened state of consciousness.

Separately, a recent case study of a dying 87-year-old man is billed as the first instance of watching a dying brain with an electroencephalography (EEG) monitor. In the 30 seconds before and after the man’s heart stopped, the scientists spotted patterns of brain waves, called oscillations, normally involved in everything from conscious perception and concentration to memory recall and dreaming.

The findings, notably only suggestive since they involve a single individual, are detailed in the journal Frontiers in Aging Neuroscience.

“Through generating oscillations involved in memory retrieval, the brain may be playing a last recall of important life events just before we die, similar to the ones reported in near-death experiences,” suggests study team member Ajmal Zemmar, MD, a neurosurgeon at the University of Louisville. “These findings challenge our understanding of when exactly life ends and generate important subsequent questions, such as those related to the timing of organ donation.”

A dying person’s brain might replay “some of the nicest moments they experienced in their lives,” Zemmar speculates.

However, when yet another research team surveyed people who claimed to have had near-death experiences, 14% of the confirmed cases were unpleasant experiences.

For those lucky enough to almost die, there’s an apparent bright side to their whole ordeal: Whether life is good or bad, skirting its conclusion seems to make it better. People who’ve had near-death experiences, Parnia and colleagues found in their review of the literature, tend to experience “positive long-term psychological transformation and growth.”

Your support makes my health reporting and writing possible. You can sign up to receive an email when I publish a story, or become a Medium member to directly support me and other writers and gain full access to all Medium stories.

We’re Getting Death and Dying All Wrong

Too many people die alone, leaving families to grieve remotely