Uganda Police on Monday, September 5, said a 22-year-old woman who was captured in a video torturing her two-year-old daughter, has three children for three different men.

Dorothy Nabulime was arrested on Saturday, September 3, after a video went viral in which she was captured brutalizing her child in an incident that happened at Busula A in Katikamu Sub County in Luweero District.

In the video lasting one minute and fourteen seconds, the mother was seen beating her naked child with a slippers.

The mother continues to beat the two year old girl until she slips off a basin with water pouring out but Nabulime is not about to end the beating.

She hits the baby continuously with a slipper on the arms, head, legs, back and hands from when the baby is on the ground to when she gets back to the basin but the cries for mercy from the baby fell on deaf ears of Nabulime.

The video which was recorded by the concerned neighbour and shared on social media, has since led to wide spread condemnation and uproar from members of the public.

He noted that after her arrest, Nabulime is set to be arraigned before court in Luweero to answer charges of torture.

“The victim was examined and there are no grave internal injuries from prolonged acts of beating from the mother. Our child and family protection unit have got her new friends to play with.” he said

The police spokesperson added that the hunt for the identity of the father of the tortured child is on to see if he can be reunited with his daughter or the child can be taken to a safe place for custody.

“If we find it is not safe to reunite the child with the father, we will find alternatives of identifying a shelter home for this two year old victim”

Enanga noted that police is also hunting for Isaac Male, the father of the four months child with whom the suspect has been living, who he said is currently on the run.

Police say neighbours informed them that the torture has been ongoing for at least a year and they want to interrogate the step dad to answer as to why he never reported to authorities. 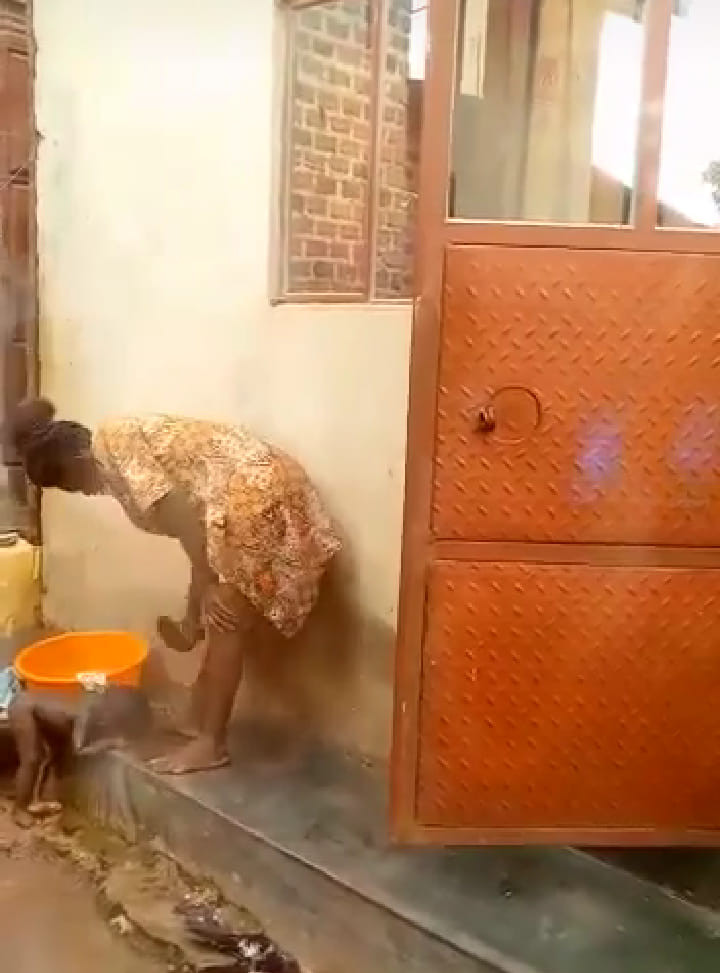 “Male Isaac is wanted because evidence we have shows this girl victim was being tortured for that entire period of about one year he was staying with the lady and as a step father he never intervened at whatever stage when the step daughter was being tortured.”

Enanga said when the video went viral, Male escaped from the village but noted the hunt for him is still on.

Use the link below to see the video