A woman has revealed that she was robbed by a cab driver and she narrated how the robbery was pulled off.

She said she booked a ride going to Lekki on Wednesday, March 16. During the trip, the driver began asking her questions about herself and began speaking Igbo to her when he discovered she’s from the East.

When they got to Ikoyi, he told her he needed to pick something from his brother and before she could respond, he stopped his car and a man entered the passenger seat.

The driver then told her that he was supposed to “use” her but because she’s his sister, he will let her go with her life.

She said she was beaten by the men and they collected her money, ID card, mobile app pin, ATM pin, and produced a knife, threatening to kill her if she doesn’t cooperate.

After transferring the money she had in her account, they threw her out of the car and zoomed off.

Bolt has responded to her tweets, asking for details about the driver so they can investigate.

Read her story below. 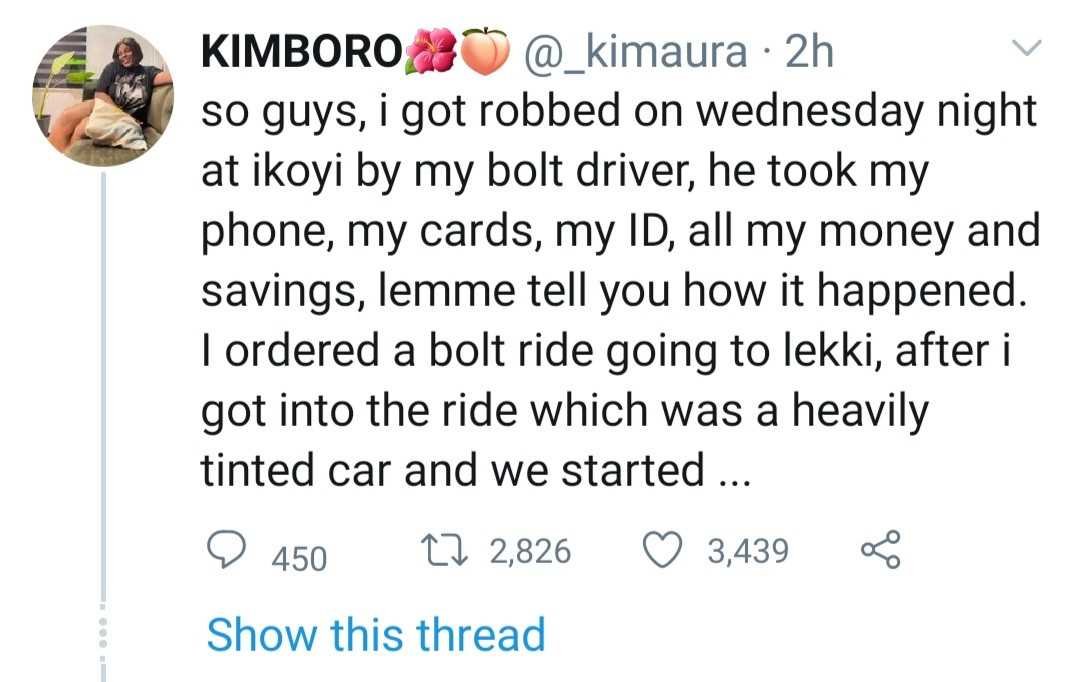