Briella, the woman whose partner and friend were shot by Burna Boy’s team, has denied allegations that she was the one who approached the singer first.

An alleged witness claimed Briella went to the VVIP area where Burna Boy was sitting and her partner got angry and went there to get her back.

This allegedly led to an altercation and ended with gunshots. 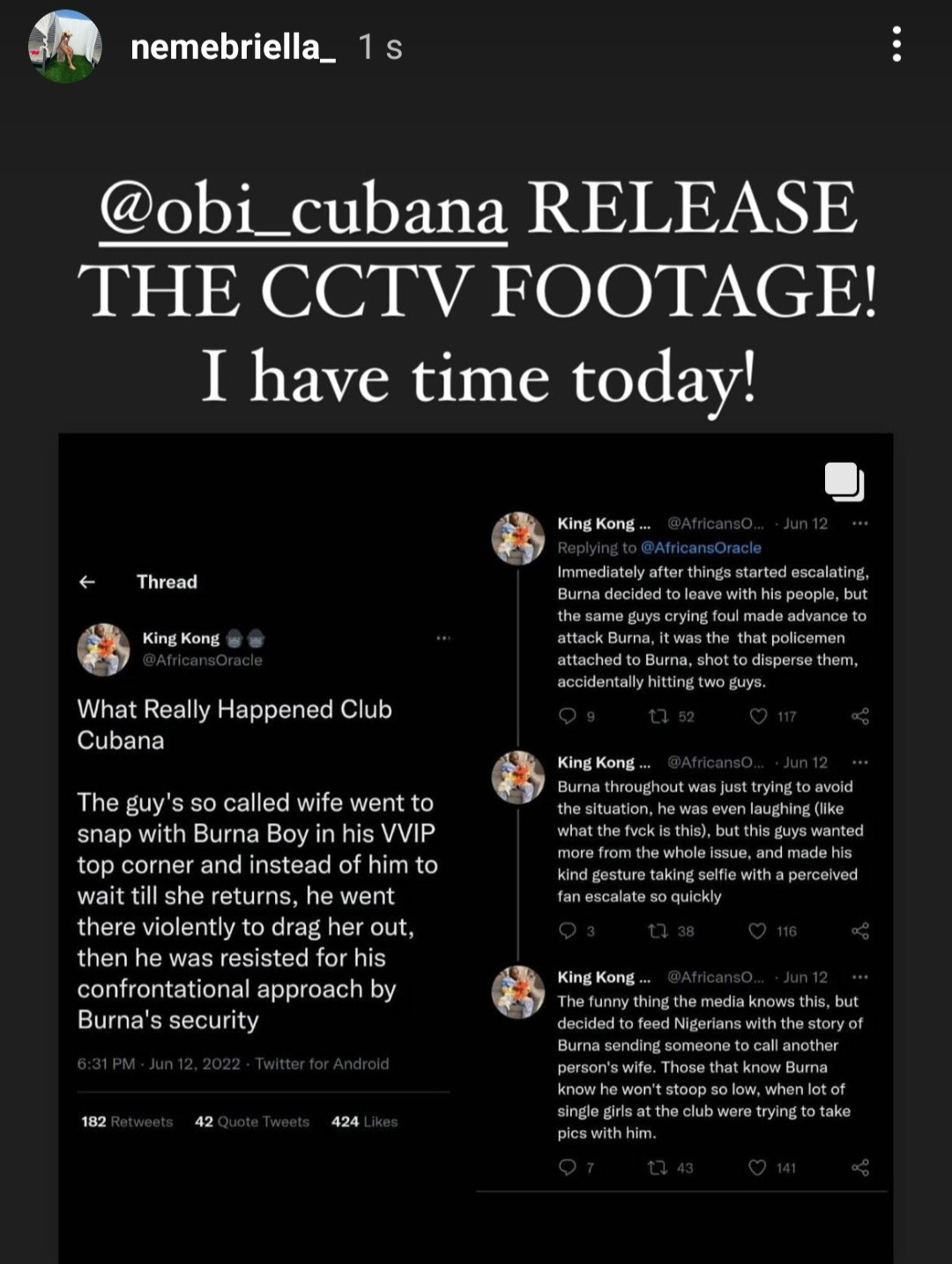 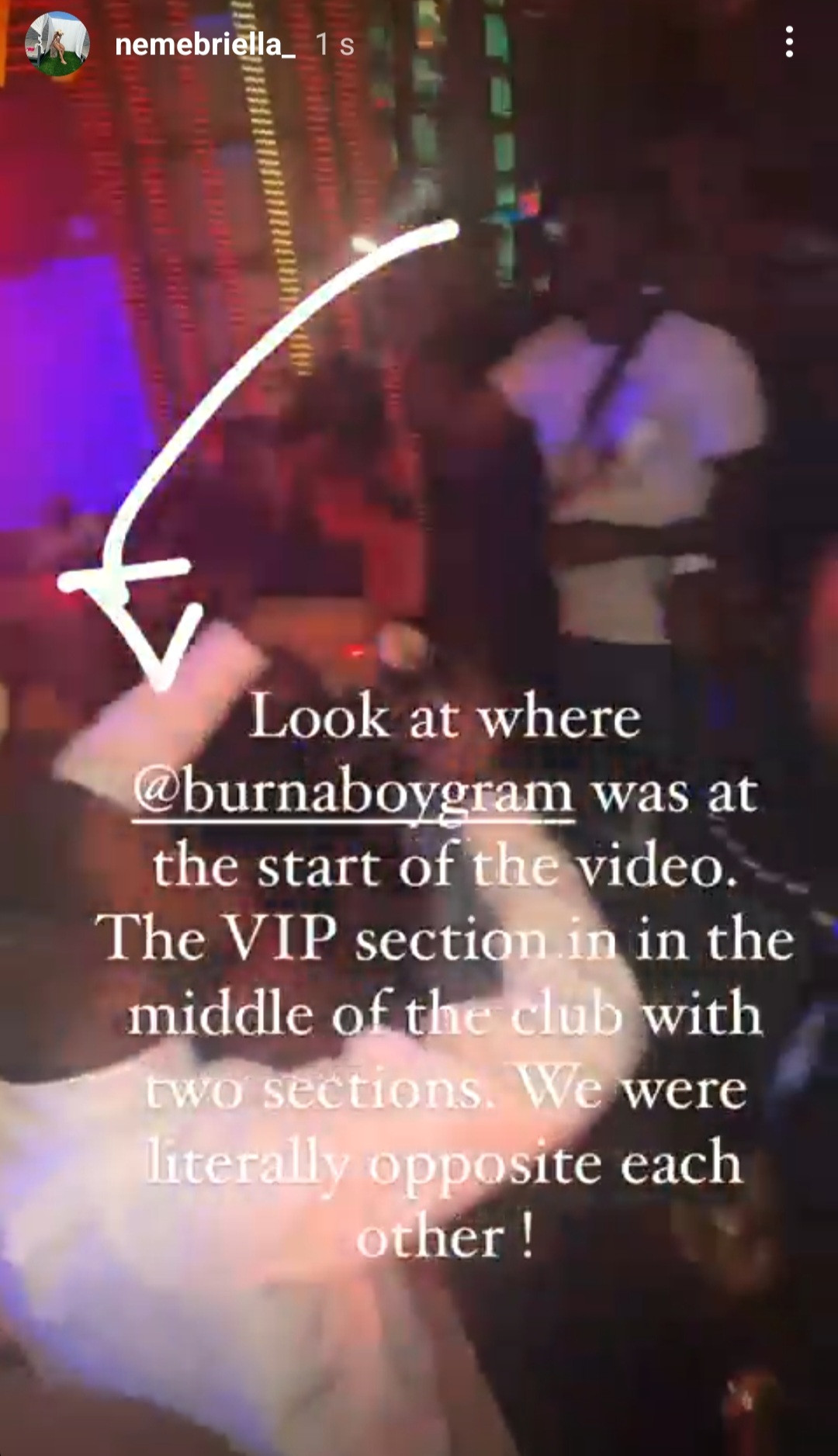 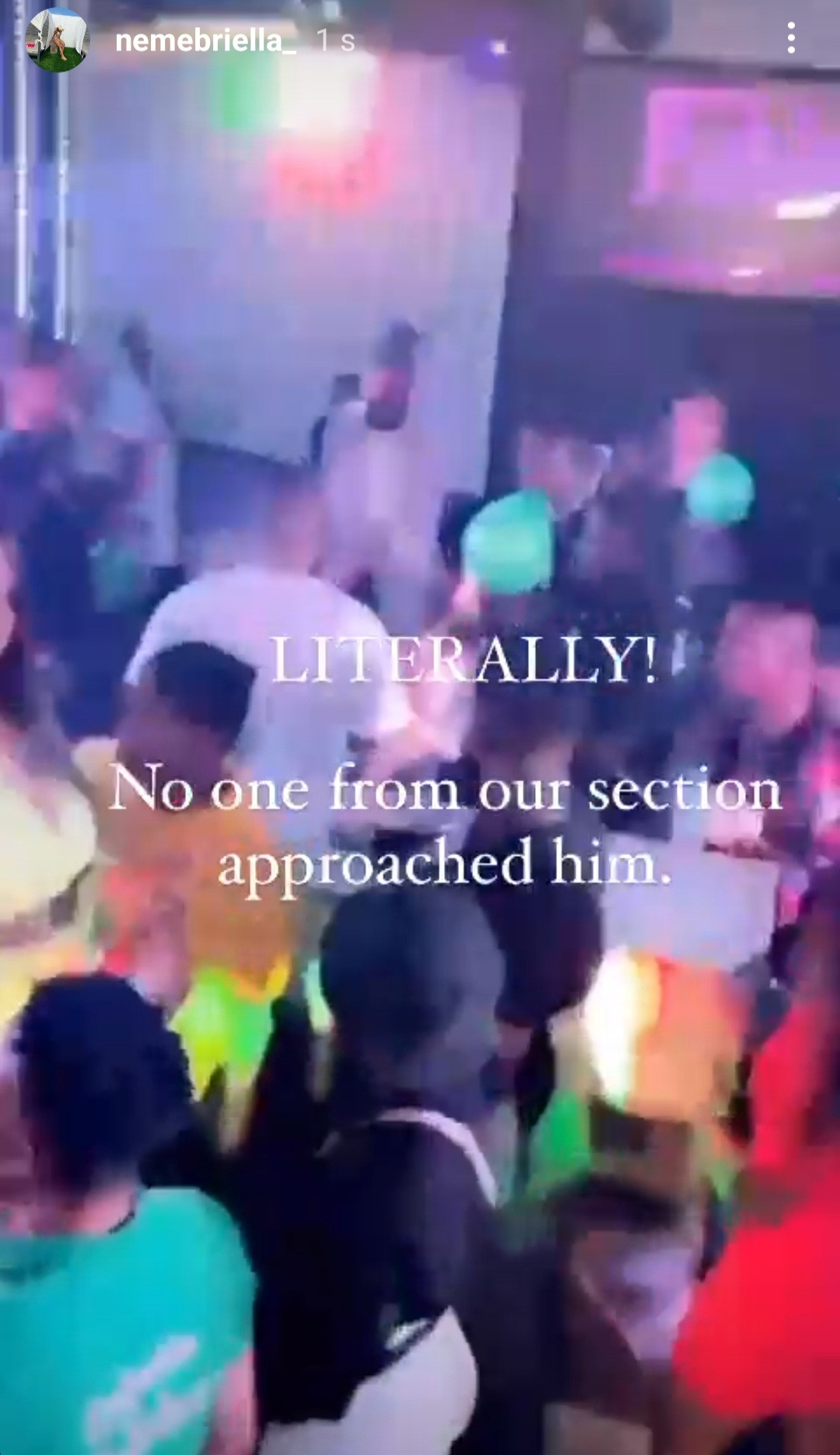 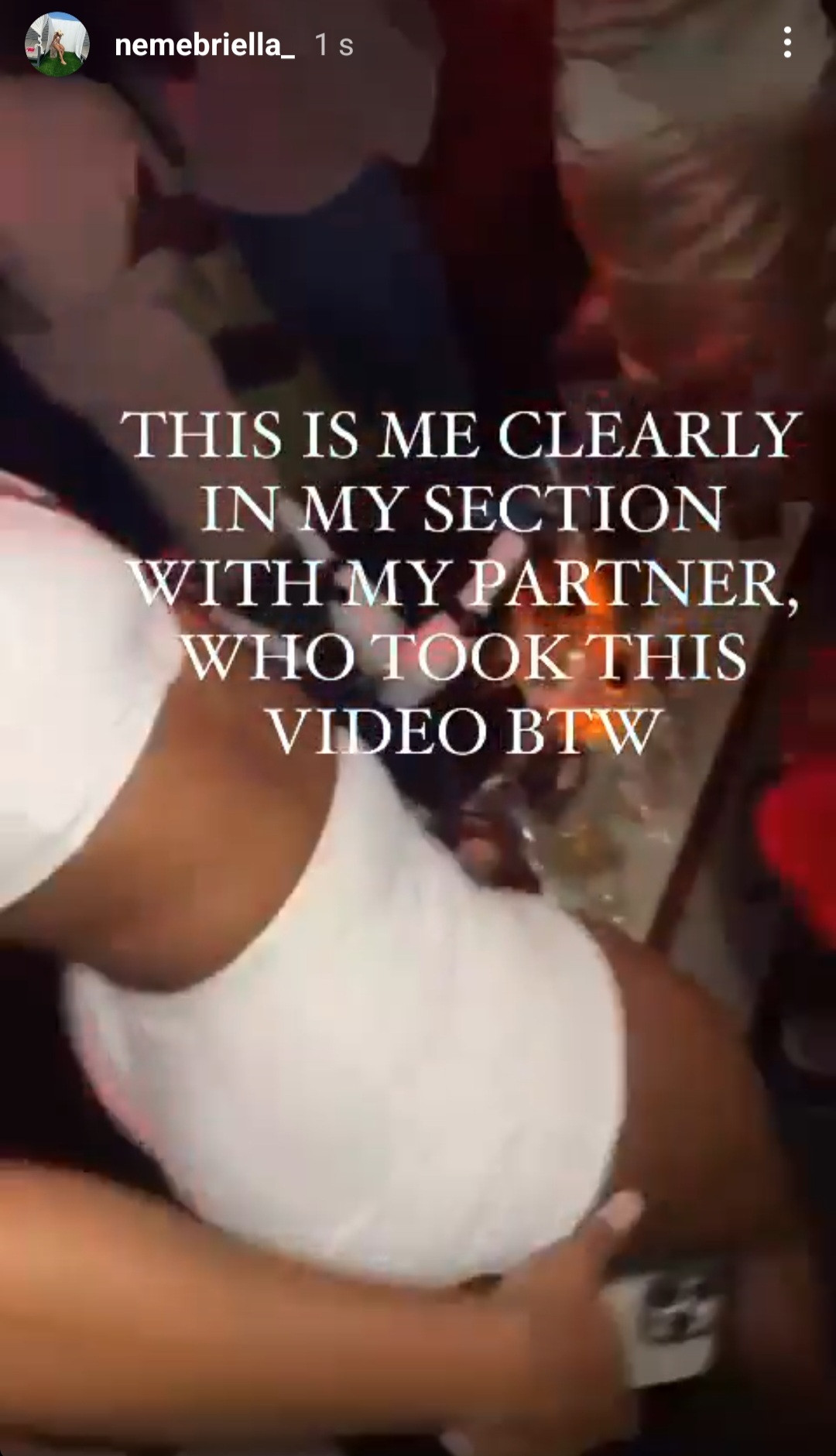 She then urged Cubana club to release CCTV footage of what transpired.

To Burna Boy, she said: “If you did nothing wrong Burna Boy, why were your people contacting us to offer us hush money? Why did your parents visit our parents yesterday