A Nigerian lady simply identified as Aduke took to her Whatsapp status to cry out for justice after her boyfriend identified as Fatai gathered some of his friends together and then he flogged her mercilessly over claims that she was cheating on him. 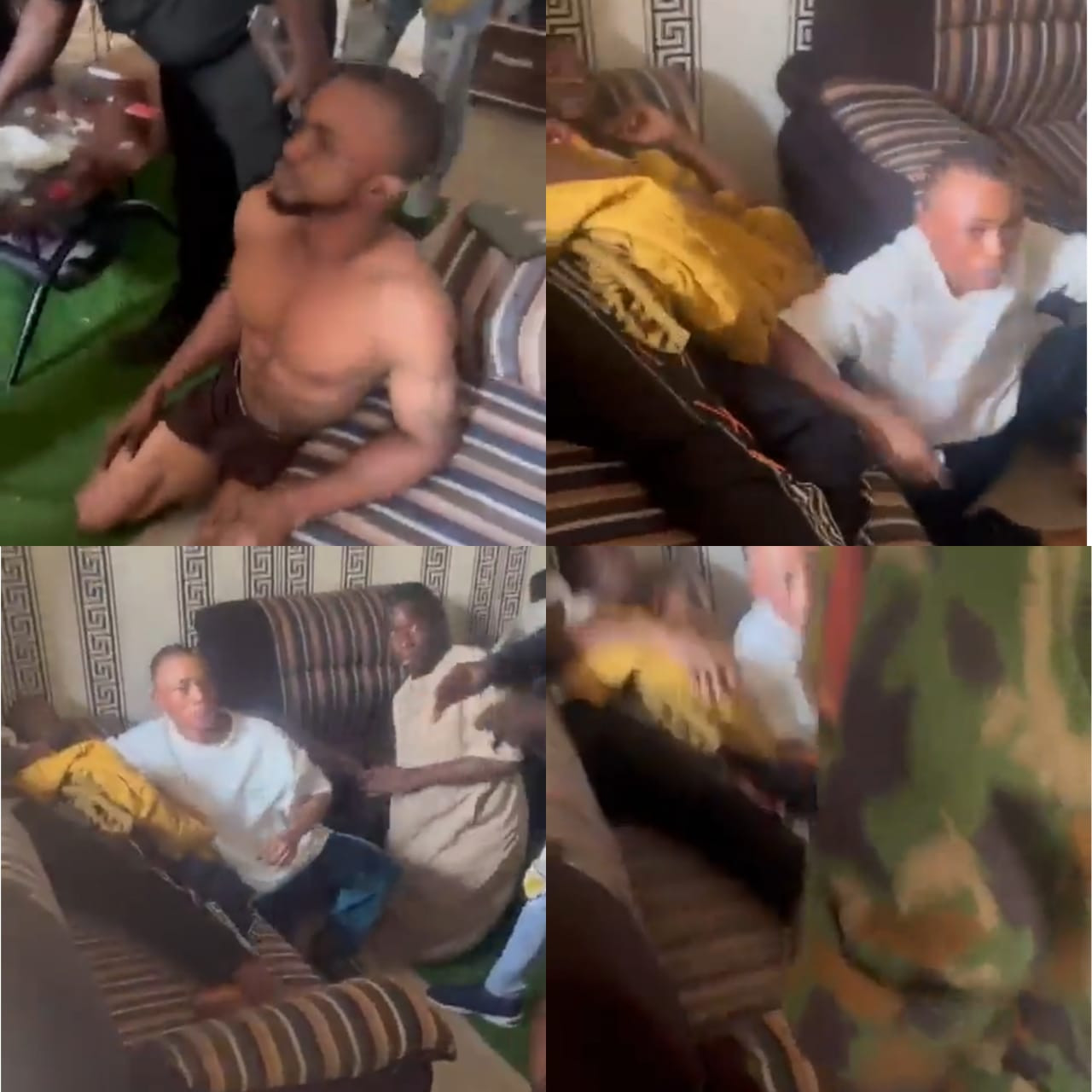 Aduke, a HND1 student of Bartholomew College of Health Shao, Kwara State, told her friends that the incident happened at Fatai’s residence.

According to her friends, Fatai had invited her to his house without giving her any hint of what he was about to do. When she arrived at his home, she met some of his friends, all male, in his living room. He theb started to interrogate her, accusing her of engaging in hookups. Things took a different turn when he and his friends forcefully grabbed her hands and legs and then he began to flog her with a cane.

At a point, he pulled her pant and flogged her bare butt. He had a change of heart and wore her pant back.

Aduke took to her Whatsapp status to share videos from the scene. The matter was reported to the police and Army and the boys were picked up. Her friends are alleging that the matter might have been swept under the carpet.

Watch a video from the scene of the incident below…