According to the clergywoman, the show is demonic and any child of God who watches the show will die.

Evangelist Olufunmilayo Adebayo, the controversial clergywoman, aka Mummy G.O, has wished death on any member of her church that auditions for a reality TV show, Big Brother Naija.

According to the clergywoman, the show is demonic and any child of God who watches the show will die.

Speaking to her congregation, the clergywoman said; ”Any member of this church mistakenly or stupidly tries it, I will tell God to kill him on that stage.

“From there he must go to mortuary. He wouldn’t come back. He will die. I wouldn’t even pray for repentance. It’s death because if he comes back, another person will try it.

“Unless if Ananias and Sapphira did not die. If those ones died, then God must kill the person.” 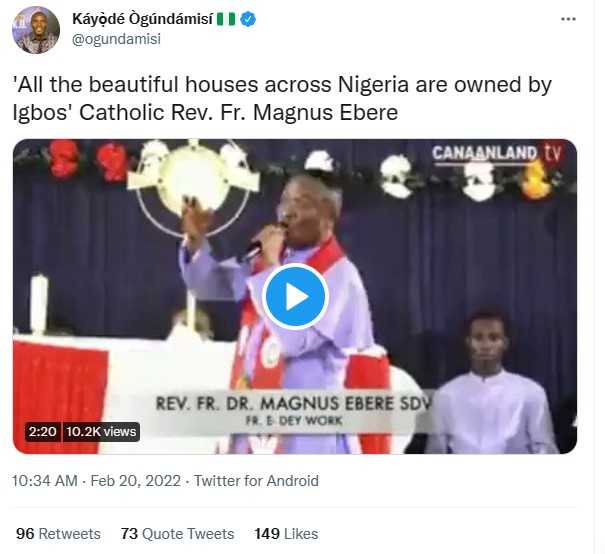