A 12-year-old boy in Singapore has gone viral for taking two bachelor’s degrees in separate institutions at the same time.

Nathanael Koh started university at the age of 11. He is now a first-year math student at New Zealand’s University of Canterbury, and a final-year music composition student at the Australian Guild of Music Education (AGME).

He is homeschooled in both programs.

Since he began studying, Nathanael has cleared three to four academic years in just one year.

“I think Nathanael is one of the brightest students,” Melissa Yang, his math teacher, tells CNA Insider in a video interview. “I never had a student that’s gifted, so I was quite excited to take this assignment.”

If I Finish with You, You’ll Testify – Okada Man Tries to Convince Lady to Cheat on Her Boyfriend with Him(video)

Nathanael began working toward his music degree much earlier, having obtained a diploma in music theory from Trinity College London at age 9.

Today, he also serves as one of the two composers-in-residence at Singapore’s Kids’ Philharmonic Orchestra (KPO). The other composer-in-residence is 25 years old.

Nathanael’s parents initially worried about his progress when he was much younger. His father, Dr. Chris Koh, shared that his son was diagnosed with global developmental delay (GDD) at the age of 1.

“This condition meant that Nat couldn’t crawl, couldn’t flip over or walk at the age of 1, and there was minimal speech at the age of 3 to 4,” Dr. Koh said. “I decided to home-school Nat because of his medical condition.”

In spite of his developmental delay, Nathanael went on to excel ahead of his peers.

Despite his academic abilities his social skills is lacking, the genius revealed. 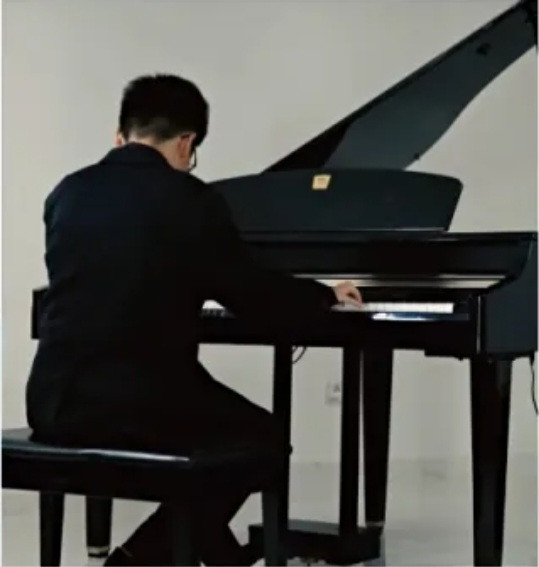 Nathaniel said: “I’m usually not a people person. I don’t have enough opportunities to be in a social setting. And so if anybody wants to help me improve my social skills, I would gladly accept that.”

He added: Sometimes my academic ability makes me feel out of place. But my YouTube channel is one of the few ways in which I interact with my outside world.”