A Nigerian lecturer, Dr Oyedele, left his students hanging and wondering what to do next after he revealed that he left the country.

He was also the project supervisor for some final year students, but he abandoned everything about his work in Nigeria.

The academician who works at a government-owned university said that he used the opportunity that ASUU strike provided, and secured travel documents

A man known as Muneer Yaqub took to Twitter to share a screenshot of the message the lecturer dropped for his students in their WhatsApp group.

Dr Oyedele said he would not be able to go through their projects and give final approval as he was no longer in the country. He revealed that he resigned his work to pursue other things in life.

”Good day to all of you. I have this important announcement to make. I will not be able to read and sign your projects when ASUU strike ends. I resigned last month to pursue other issues in my life.”

”I’ve left the country already. We shall meet later in the future”, he told them.

Read the chat below: 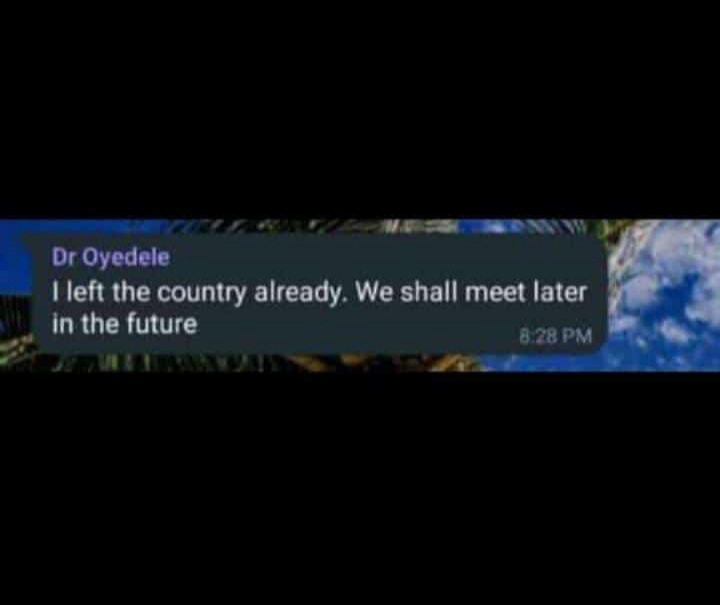