Nigerian singer, Kizz Daniel has kept to his promise of rewarding the winner of a challenge he introduced on social media.

The ‘Buga’ hitmaker gifted the sum of N1 million to a 1-year-old girl who emerged the winner of his Dance challenge.

Kizz Daniel had asked fans to share a video of them dancing to ‘Buga’ and said that whoever becomes the winner will be rewarded. 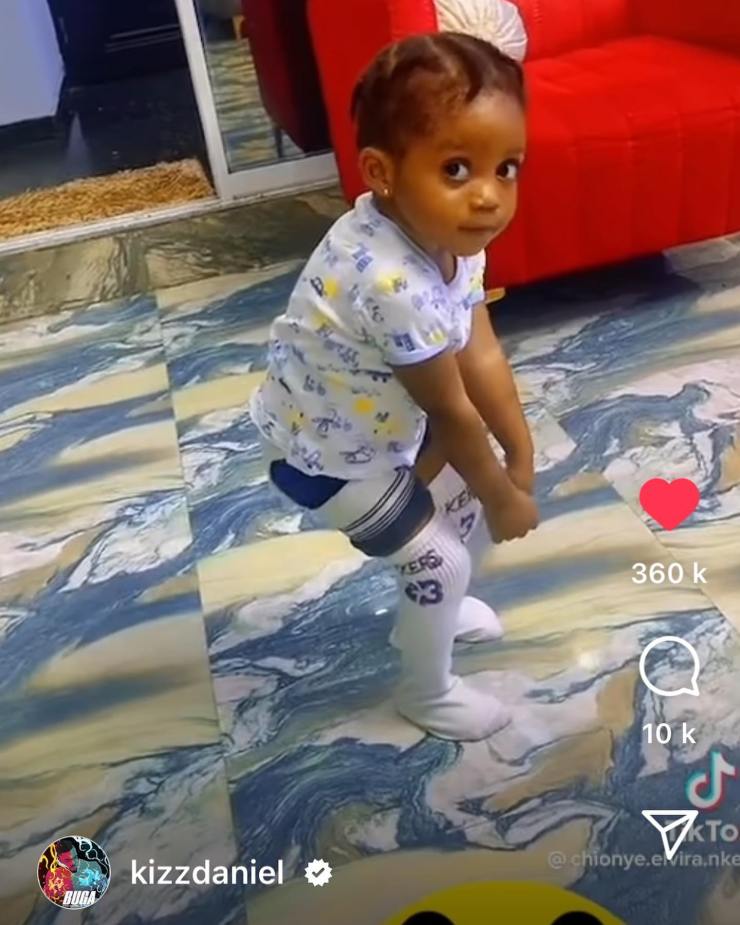 In a post on his Instagram page on Thursday, the singer announced that little Chinonye who danced in diapers, won.

According to him, she was crowned the winner based on engagement and her video having the most engagement.

He wrote; “BASED OFF ON ENGAGEMENT, HERE IS THE WINNER OF OUR 1 million naira #bugachallenge ?FOR THIS ROUND??She is so adorable I want to steal her“.