A bird defecated on US President Joe Biden while he was making an infrastructure speech on Tuesday, April 12 in Iowa.

Biden was in the midst of a speech in Menlo, Iowa on Tuesday April 12, when he was struck leading people to troll him for “talking s***” on Twitter.

“It’s about being made in America,” Biden was filmed saying in the moments prior to the poo. 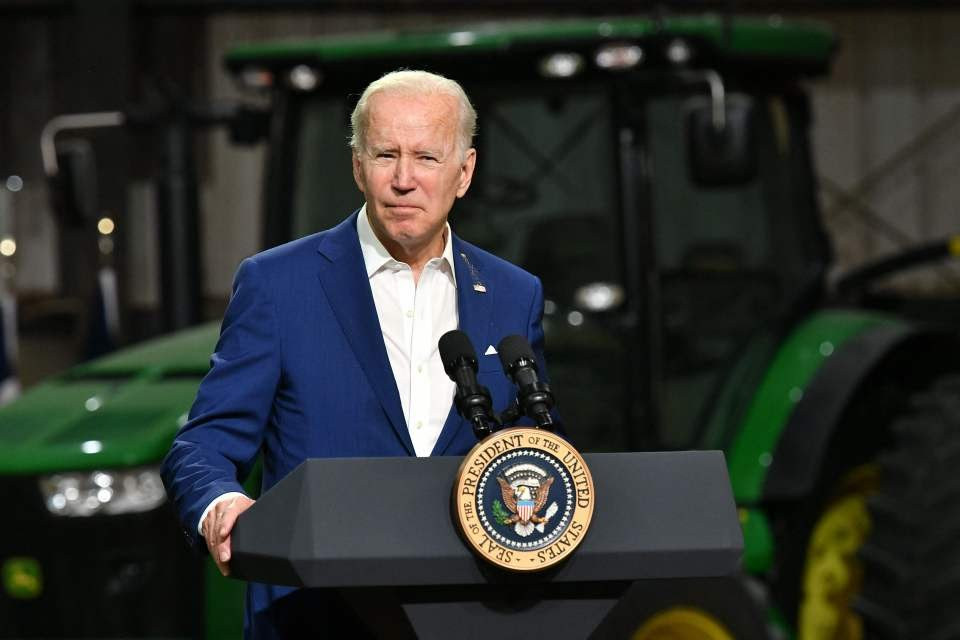 Biden didn’t seem to notice the splatter on his jacket, and continued with his speech .

Neighbours Intervene as Man Beats His Wife, Leaving Her and their Infant Child Bleeding (video)

He went on to authorize the release of 1 million barrels per day “for the next 6 months from our Strategic Petroleum Reserve and over 30 countries agreed to release 60 million additional barrels,” saying it is the “largest collective release in history.”

Did a bird just poop on Joe Biden? pic.twitter.com/p2Ywv8CbRU