A man who rents apartments to a group of young boys has been seen questioning them following the EFCC warning that any landlord who houses yahoo boys risks spending 15 years in jail. 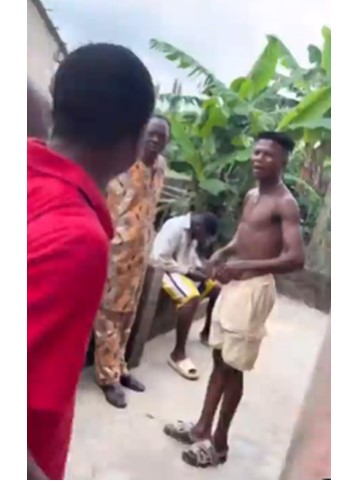 In a video posted online, the elderly man expressed concerns over the anti-graft agency’s warning and contemplated giving the young boys quit notice.

You Don’t Need too Much to Sustain a Home. With N400 Your Wife Can Prepare Soup That Would last Two Days – Nigerian Clergyman Tells Single Men as He Encourages them to Get Married (video)

However, the tenants who were about seven in number, assured him that they do not engage in internet fraud also known as Yahoo Yahoo.