Manchester City star, Phil Foden was publicly confronted by his girlfriend, Rebecca Cooke after she went through his phone while on vacation.

The chaotic scene that ensued led to them being booted off a posh beach club in Greece by security after a massive bust up.

In the footage shared online, Rebecca Cooke was seen yelling at the player as they follow two bouncers up steps to a beach club.

She yelled: “Do you think I’m a d*** head?” before they left a Corfu resort watched by stunned holidaymakers. Cooke was then heard screaming “we can’t take you anywhere, this always happens” as a day out at the beach ended in a blazing row.

She jabs her thumb at Foden as she gestures back towards the beach. As the venue’s security helped them to leave, Rebecca then says to Foden: “Yeah I wonder why, mate.” 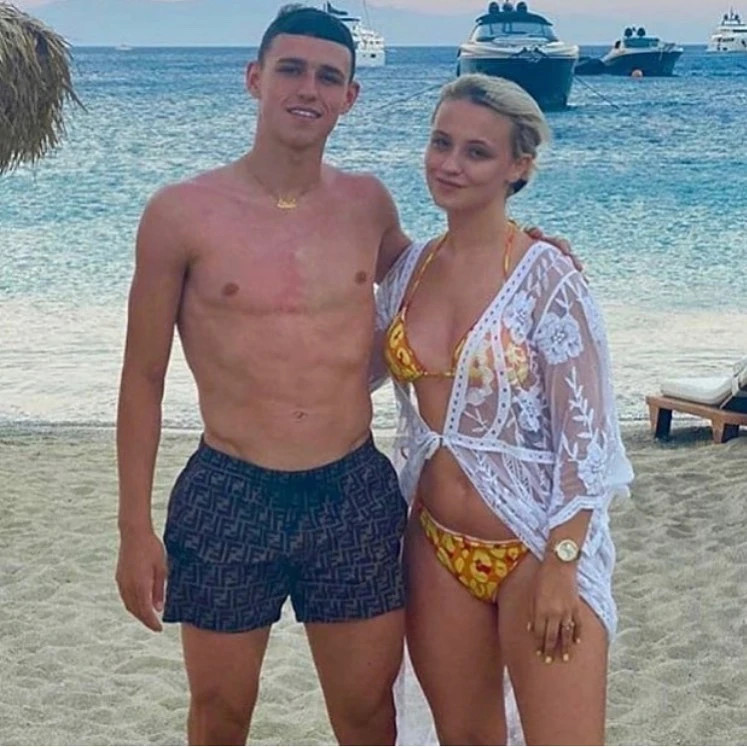 Foden does not respond but Rebecca shouts: “Tell her ’n’ all.” An eyewitness told The Sun;

“He went swimming and she looked at his phone. She got extremely angry.

“They were really arguing on the beach and security guards got involved.”

“It was a fight between a footballer and his girlfriend. She was shouting and screaming. They were only here for the day. It all started down there on the beach. It was really aggressive and intense. 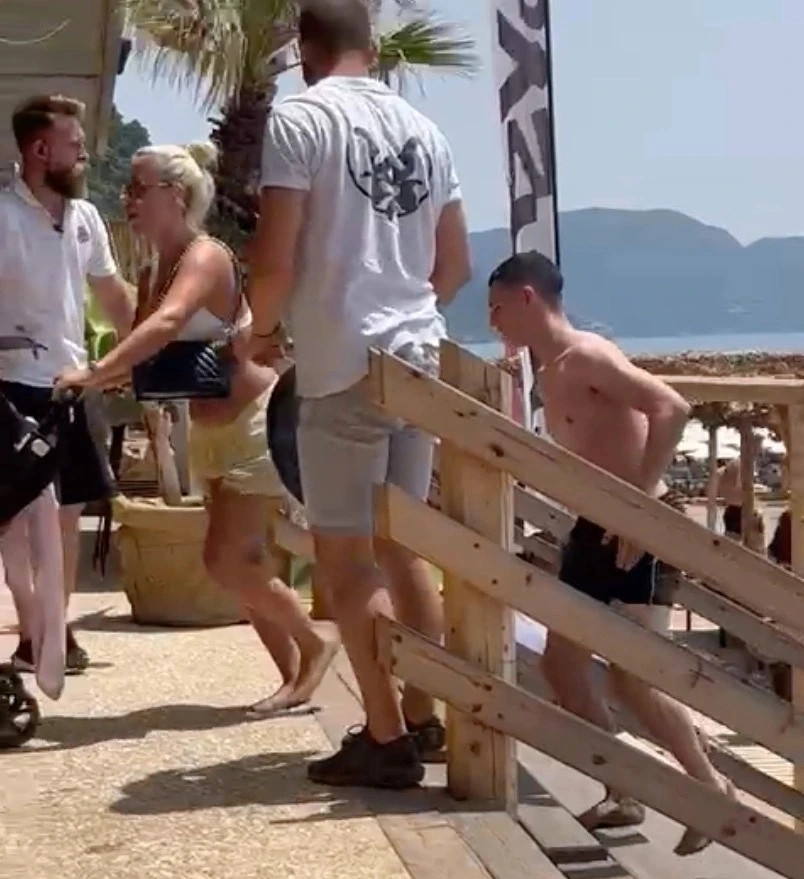 “Then they came up to the bar and she was yelling at him. This kind of thing doesn’t happen here usually.”