A man’s rare talent has earned him a some social media popularity after he was spotted moving a boat on a river in an unconventional manner.

He was inside a boat but did not have a paddle so he put his leg inside the river to serve as an engine. 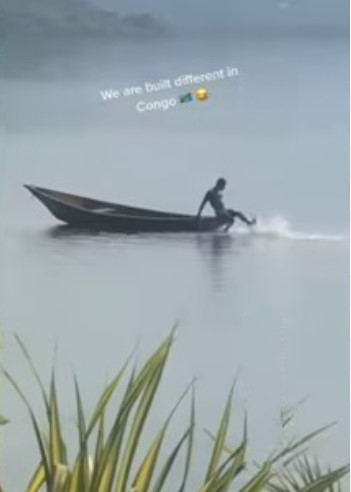 A social media user who shared the clip said it happened in Congo.

The man surprisingly propelled the boat by moving his legs in a cyclical motion inside the water.